Today I’ve got a spotlight on the second book in the Ocean Breeze Trilogy from Sherryl Woods and that is Wind Chime Point which released on April 30!  Last month I spotlighted the first in the series which was Sand Castle Bay and coming up at the end of this month will be the last one which is Sea Glass Island.  One thing I really love about these books is the covers and the titles.  The covers are all so beautiful and make me wish I could just transport myself right into them and the titles – well they just remind me of summer.  Today I’ll share with you what Wind Chime Point is about and also give you a chance to win a copy for yourself at the end of the post. 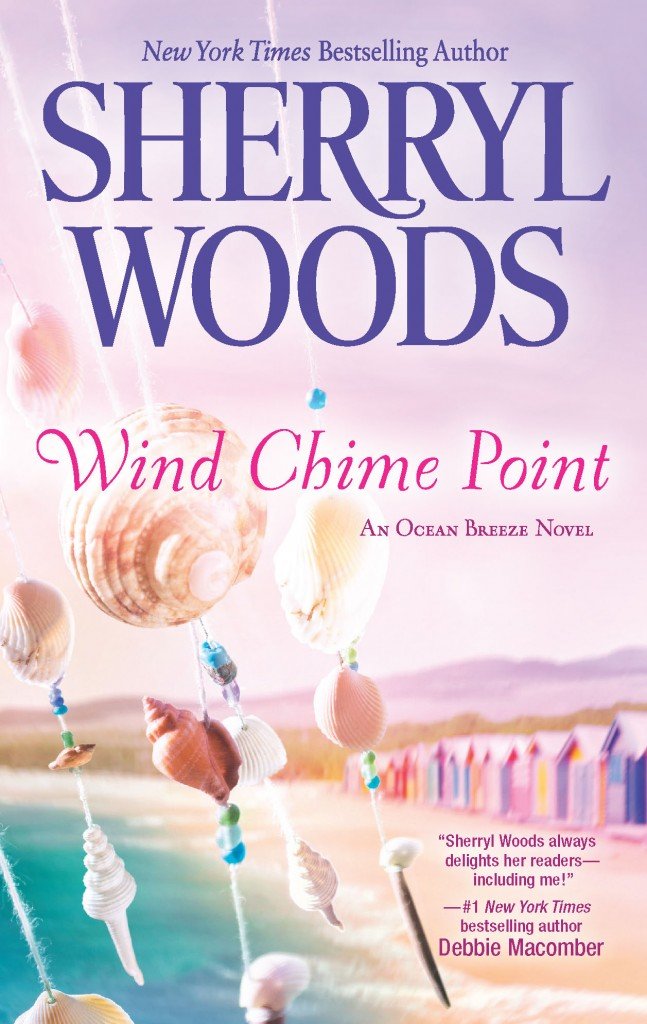 Facing a personal crisis, ambitious and driven Gabriella Castle retreats to the welcoming arms of her family. Everything she’s worked for has been yanked out from under her, and she seeks the serenity of her grandmother’s home on the North Carolina coast. With difficult decisions to make about her future, the last thing she wants is an unexpected love.

Wade Johnson fell for Gabi the first time he saw her. It’s not the only time he’s found himself in the role of knight in shining armor, but Gabi isn’t looking for a rescuer. To get her to stay, Wade will need a whole lot of patience and gentle persuasion…and maybe the soothing sound of wind chimes on a summer breeze.

I have 2 copies of Wind Chime Point by Sherryl Woods to share with my readers.  To enter…

This giveaway is open to US and Canadian residents (no PO boxes) and I will draw for the winners on Saturday, May 25/13.  Good luck!