Today’s spotlight is on The Lavender Garden by Lucinda Riley which releases on June 11 in the US and Canada (in the UK this book is published under the title of The Light Behind the Window) .   I have not had the pleasure of reading one of Lucinda’s books yet but I do have The Girl on the Cliff waiting to be listened to.  I’ve heard so many good things about her novels that I’m anxious to listen to it.  This novel alternates between the past and present which is something that always draws me in.  Anyhow I’m going to tell you a bit about the book and be sure to pop down to the bottom of the post for a chance to win a copy! 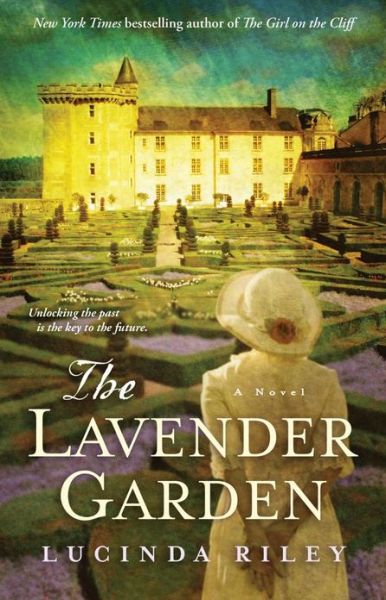 About The Lavender Garden

Le Cote d’Azur, 1998: In the sun-dappled south of France, Emilie de la Martiniéres, the last of her gilded line, finds herself sole inheritor of her childhood home, a magnificent chateau and vineyard. With the house comes a mountain of debt – and almost as many questions.

Paris, 1944: A bright, young British office clerk, Constance Carruthers, is sent to Paris to be part of Churchill’s Special Operations Executive during the climax of the Nazi occupation. Separated from her contacts in the Resistance she stumbles into the heart of a prominent family who regularly entertain members of the German elite even as they plot to liberate France. In a city rife with collaborators and brave members of the Resistance, Constance’s most difficult decision may be determining whom to trust with her heart.

As Emilie discovers what really happened to her family during the war and finds a connection to Constance much closer than she suspects, the chateau itself will provide clues that can unlock the mysteries of her past, present, and future.

About Lucinda Riley (from Simon & Schuster)

Lucinda Riley is the #1 internationally bestselling author of The Orchid House and The Girl on the Cliff. Born in Ireland, she now lives in the English countryside and in France with her husband and four children.

I have one copy of The Lavender Garden by Lucinda Riley to share with my readers.  To enter…

This giveaway is open to US residents only (no PO boxes) and I will draw for the winner on June 25/13.  Good luck!