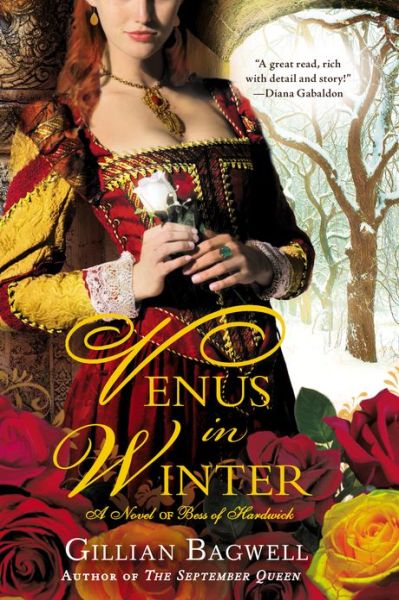 Today Gillian Bagwell, author of Venus in Winter, joins us on the blog with a guest post.  I reviewed Venus in Winter yesterday (my review) and I can easily say that if you enjoy historical fiction then Gillian’s newest novel is one to pick up and read!  It was a great read for me and I can’t wait to read more of her work.  For today though I hope you’ll enjoy Gillian’s guest post entitled The Power of Marrying Well and Widowhood…

Bess of Hardwick, the subject of my novel Venus in Winter, rose from a childhood of genteel poverty to become the richest and most powerful woman in England after Queen Elizabeth. Besides overseeing the workings of her increasingly grand household, she went to court numerous times in her life and supervised the building of Chatsworth House and Hardwick Hall as well as smaller construction and renovation projects. 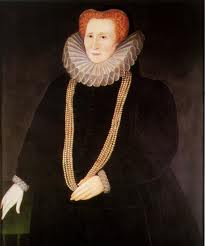 Bess of Hardwick, Countess of Shrewsbury

At a recent event I did for the release of the novel, someone asked what qualities and skills Bess had that allowed her to become so powerful. The answer, no doubt disappointing to a twenty-first century woman, was that Bess married well, not once but four times, and outlived all of her husbands.

Except for royalty, marriage was really the only path to wealth and social standing for women in the sixteenth centutry. Unmarried girls and young women were subject to the control of their fathers. Once they married, they and all they owned were subject to the control of their husbands. But a widow was entitled to a “widow’s dower,” or a third of the income from her late husband’s property, and widows enjoyed more independence than single or married women.

Bess was probably fifteen when she married for the first time. Her husband, Robert Barlow, was only thirteen. When he died the next year, she was entitled to have for her lifetime a third of the income from the Barlow properties, which passed to his younger brother. She had to go to court to get her money, but she eventually succeeded, winning an income of about thirty pounds a year. This was a respectable amount of money when a maidservant earned three pounds a year and the fixed annual income of a brewer was ten pounds.

Bess’s next husband, Sir William Cavendish, was about twenty years older than she was. He came of an old and influential family and when he married Bess, was already quite wealthy. Perhaps because he didn’t want Bess to struggle to get the income she was entitled to if he died before she did, he made her the joint owner of his many properties. This was a very unusual situation, and greatly benefitted Bess, because when he died, she owned and controlled their substantial estate, which included Chatsworth House and hundreds of acres around it, as well as properties in several other counties.

Bess’s third husband, Sir William St. Loe, also signed a will leaving everything to Bess. When he died, leaving her mistress of his family properties, she became even wealthier.

By this point, Bess could easily have remained a widow for the rest of her life, living comfortably on jher income and answering to no one. But she had children who needed to make good marriages to rise in the world, and the only way for her to increase her social standing was to marry again. Her fourth husband was George Talbot, the sixth Earl of Shrewsbury, and their marriage was a dynastic arrangement that took care of both of these considerations.

It was only after Shrewsbury died, leaving Bess a widow once more at the age of sixty-three, that she began her most ambitious project: the building of Hardwick Hall, a palatial mansion near her childhood home in Derbyshire. The building was not quite done when she moved into Hardwick Hall on her seventieth birthday. The building account books list the names of 375 workmen, many of whom had worked for Bess on Chatsworth House and other projecdts. Bess oversaw the construction of Hardwick Hall, whose most notable feature was the tall windows that prompted Robert Cecil to quip, “Hardwick Hall? More window than wall.”

Bess had served Queen Elizabeth as a lady in waiting for many years, and her granddaughter Arbella Stuart was a possible successor to the throne. Bess no doubt hoped that she would entertain the queen at Hardwick Hall and that her granddaughter would inherit the throne, and she consciously built Hardwick to be fit for a queen. Alas, the queen never did visit Hardwick and ultimately it was James I, not Arbella, who ruled after Queen Elizabeth’s death. But Bess had risen as far as it was possible for a non-royal lady to rise in Elizabethan England.

ABOUT VENUS IN WINTER

Based on the first forty years of the life of Bess of Hardwick, 1527-1608, the formidable four-times widowed Tudor dynast who began life in genteel poverty and ended as the richest and most powerful woman in England after Queen Elizabeth; built Chatsworth House and Hardwick Hall; and is the forebear of numerous noble lines including the Dukedoms of Devonshire, Norfolk, Somerset, and Newcastle, the Earls of Lincoln, Portsmouth, Kellie, and Pembroke, the Baron Waterpark, and the current royal family of Britain. 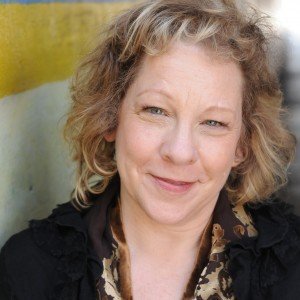 Gillian Bagwell’s richly detailed historical novels bring to vivid life England in the sixteenth and seventeenth centuries. Venus in Winter, based on the first forty years of the life of the formidable four-times widowed dynast Bess of Hardwick, begins with Bess’s introduction to the court of Henry VIII just as the king weds Anne of Cleves. Bess quickly learns to navigate the treacherous waters, and survives the turbulent reigns of five Tudor monarchs to become of the most powerful women in the history of England.

The Darling Strumpet puts the reader smack in the tumultuous world of seventeenth century London, charting Nell Gwynn’s meteoric rise from the grimy slums to triumph as a beloved comic actress, through the cataclysmic years of the last plague epidemic and the Great Fire of 1666, to the licentious court and the arms of the king.
The September Queen (U.K. title The King’s Mistress) is the first fictional accounting of the extraordinary real-life adventure of Jane Lane, who risked all to help the young Charles II escape after the disastrous Battle of Worcester in 1651, saving his life and the future of the English monarchy.

Gillian uses her years of experience in theatre an actress, director, and producer to help authors give effective public readings, through workshops and private coaching.

Her life-long fascination with British history and dedication to research infuse her novels with a compelling evocation of time and place, and provide fodder for her non-fiction writing, including articles on “Frost Fairs on the River Thames,” “The Royal Miracle: The Biggest What-If in English History,” and “1660: The Year of the Restoration of Theatre”. Gillian blogged her research adventures for The Darling Strumpet and The September Queen, including the day-by-day events of Charles II’s dramatic escape after the Battle of Worcester.

I have one copy of Venus in Winter by Gillian Bagwell to share with my US readers.  To enter…

This giveaway is open to US residents only (no PO boxes) and I will draw for the winner on July 23/13.  Good luck!