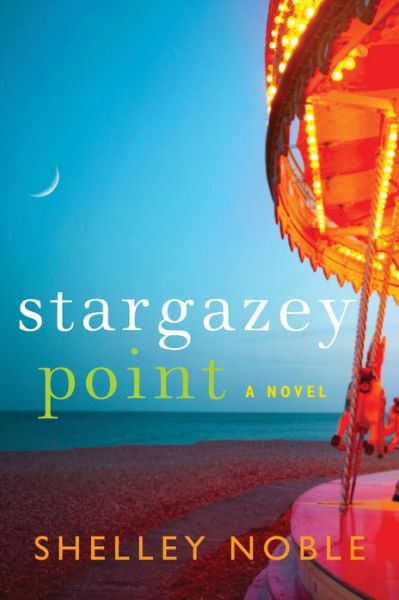 I fell in love with Stargazey Point by Shelley Noble and its quaint and charming townsfolk. This book draws you into the lives of its characters from the very beginning and from that point the pages go by so quickly that before you know it the end is near and you don’t want it to be. Stargazey Point is a story about love, family, and new beginnings.

Stargazey Point is a seaside town on the South Carolina coast and Abbie Sinclair, a documentarian on hiatus, heads to Stargazey Point on the advice of her friend so she can try to heal from the tragedies of her past that continue to haunt her. She’s going to stay with her friend’s elderly family members and she has no idea what to expect but is soon delighted and captivated by the Crispin family: Marnie, Millie, and Beau.

Soon enough Abbie finds out that the town is in trouble because the handsome Cabot Reynolds at first pegs her to be a real estate developer and is none too polite to her. At one time Stargazey Point had been a popular beachside resort for families but over time the beaches have eroded and many businesses have closed and many in the town, including the Crispin’s, are on the verge of losing their homes because they can no longer pay the taxes. Cabot has plans of his own that he hopes will revitalize the town and Abbie decides that while she is there she will do anything she can to help as well. Although the two are making valiant efforts to avoid each other at first they seem to get thrown together at every turn. Maybe romance is in the air…

Stargazey Point is a delightful novel to read and I liked so many of the characters. Abbie herself was a woman who was easy to relate to  because of her suffering and you feel drawn to her good nature. The Crispin’s are all wonderful especially Beau who is such a sweet old man that you can’t help but love him. And then there is the old Gullah woman who can see things and is always telling people what she sees or feels about them and the thing is she’s never wrong.

Stargazey Point is the perfect summer read. It’s not a fast paced novel but that is exactly its charm – it captures your heart with the sweet story it tells.

Stargazey Point by Shelley Noble is on tour with TLC Book Tours so be sure to check out the other tour stops.  Shelley can be found on her website, Facebook, and Twitter.  You can pick up your own copy of Stargazey Point at Amazon or Amazon Canada.  There is also a novella before this one called Stargazey Nights that ties into this story but is not necessary to read first in order to fully enjoy this one and it can also be purchased at Amazon or Amazon Canada.

Source:  Review copy provided by TLC Book Tours and the publisher.  No compensation was received and all opinions are my own.