Today’s spotlight is on The Almond Tree by Michelle Cohen Corasanti and it has some great reviews on Amazon.  It is said to be reminiscent of The Kite Runner and One Thousand Splendid Suns which I loved so it’s definitely on my list of books I’d like to read.  So I’ll give you some information on the book and then be sure to enter the giveaway for a chance to win one of two copies! 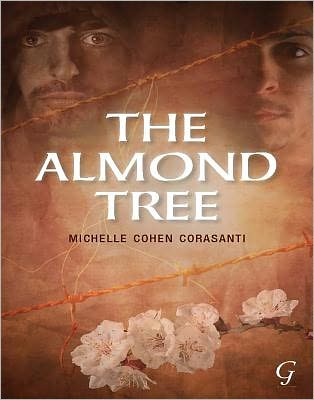 About The Almond Tree

The Almond Tree is the story about how one Palestinian boy uses his scientific genius to achieve equality in Israel and international acclaim.

Gifted with a mind that continues to impress the elders in his village, Ichmad Hamid struggles with the knowledge that he can do nothing to save his friends and family. Living on occupied land, his entire village operates in constant fear of losing their homes, jobs, and belongings. But more importantly, they fear losing each other.

On Ichmad’s twelfth birthday, that fear becomes reality. With his father imprisoned, his family’s home and possessions confiscated, and his siblings quickly succumbing to hatred in the face of conflict, Ichmad begins an inspiring journey using his intellect to save his poor and dying family. In doing so he reclaims a love for others that was lost through a childhood rife with violence, and discovers a new hope for the future.

Michelle Cohen Corasanti has a BA from Hebrew University in Jerusalem and a MA from Harvard University, both in Middle Eastern Studies. She also holds a law degree. A Jewish American, she has lived in France, Spain, Egypt, and England, and spent seven years living in Israel. She currently lives in New York with her family. The Almond Tree is her first novel.

I have 2 copies of The Almond Tree by Michelle Cohen Corasanti up for giveaway.  To enter…

This giveaway is open to US and Canadian residents (no PO boxes) and I will draw for the winners on August 28/13.  Good luck!

Giveaway copies provided by the publisher.