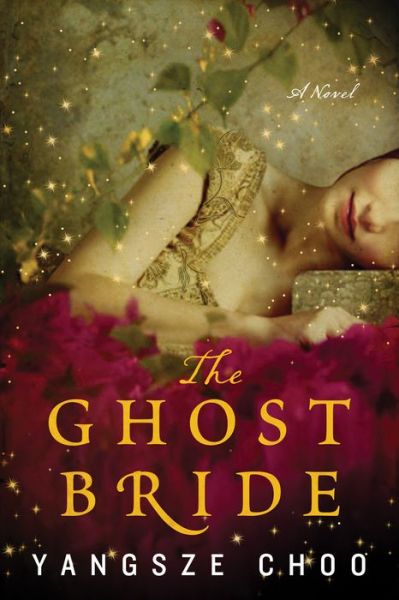 The Ghost Bride is the debut novel of Yangsze Choo and what a debut it is! This novel was perfect for me with it’s spookiness and dreamlike world. It’s a beautifully written novel that encompasses all the things I enjoy like historical fiction and paranormal elements. What really fascinated me was the look into Chinese mythology and superstitions as I am always drawn to books depicting another culture. I was lucky enough to listen to the audio of The Ghost Bride which is narrated by the author herself and she has a fantastic voice for narration. She has a beautiful voice and she adds all the right tones to highlight her novel. So not only was it a good story for me but the audio really brought the haunting world of The Ghost Bride to life for me.

Li Lan is a young Chinese woman living in Malaysia. She lives with her father who has been an opium addict since her mother’s death. Consequently Li Lan has not been introduced around much and therefore has few marriage prospects. However when her father approaches her and tells her that the Lim family has asked about making her a ghost bride to their dead son she is horrified. Yet this marriage would set her for life as she would never want for anything and on top of that all of her father’s many debts would be settled. On her first visit to the Lim household Li Lan meets their nephew and is intrigued enough to know she doesn’t want to be a ghost bride.

There are problems though as Li Lan seems to be haunted in her dreams by the Lim’s dead son and he is not a nice ghost. In her attempts to rid herself of him she takes a bit too much of a potion she had made and enters a dreamlike state that takes her away into the spirit world and this is where the book really becomes fascinating. The author makes this spirit world so real and her descriptions so vivid that I felt as though I was floating through this dreamlike state with her. As Li Lan travels through this spirit world she encounters many spirits both good and bad and along the way uncovers unexpected revelations about her own family. Who can she trust though? And more importantly she must get back to her own body before it’s too late and she’s forever trapped in the spirit world.

I really liked The Ghost Bride. I thought this novel was so creative, imaginative, and captivating. For anyone interested in Chinese mythology with the added elements of a spirit world this book is for you! And if you do have the opportunity to listen to the audiobook I recommend it fully – it was a delight to listen to!

The Ghost Bride by Yangsze Choo is on tour with TLC Book Tours so be sure to check out the other tour stops for more thoughts on the book. You can connect with Yangsze Choo on her website, Facebook, and Twitter. Your own copy of The Ghost Bride can be purchased at Amazon and Amazon Canada.

Source:  Review copy provided by TLC Book Tours and the Publisher however audiobook is my own personal copy.  No compensation was received for this review and all opinions are my own.