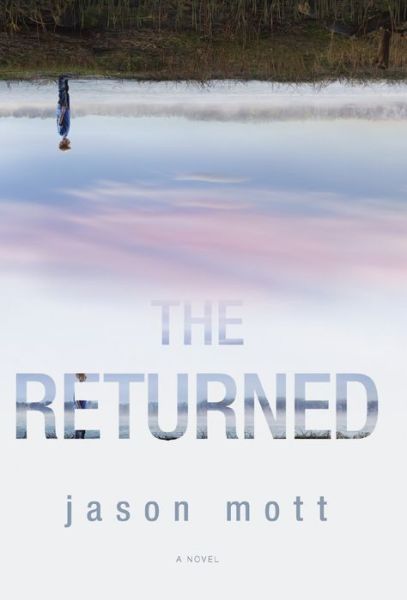 As I was reading The Returned by Jason Mott I kept thinking to myself what a great movie it would make and then I find out that it is going to be made into a TV series. I’ve got the details of that little later in my review but for now I’ll say that I really enjoyed this book. Just imagine opening your door one day to someone that has already passed away. To say you’d be shocked would be an understatement but then there would be the other thoughts creeping into your head like ‘is it really them or did they come from some alien place and only look like your loved one?’ Then again they may be back for some other reason entirely…

It has been fifty years since Harold and Lucille Hargrave last saw their son Jacob. He was eight when he tragically died. They are now in their seventies and when they open their door to Jacob it’s as if he never left – he’s still eight and he looks the same as he ever did. Before Jacob came home Lucille was adamant that The Returned couldn’t possibly really be their loved ones and that they were devils but once she sees Jacob standing before her she knows that he is her son. Harold is a bit skeptical but when push comes to shove he will protect this boy with his life.

Throughout the world people’s loved ones are returning and chaos is erupting – even in Harold and Lucille’s town. The government has pretty much taken over and things are getting out of hand between the people who consider themselves the True Living and those who are The Returned. Even worse people are sure that this is a sign of the End Times. As for Harold and Lucille they are just trying to keep it together and protect their son. Word has it that The Returned can disappear just as easily as they appeared.

This novel raises so many questions and I can see it being a very good book club selection. As I was reading I kept asking myself what I would do if I had the chance to see a loved one again and I know we would would all ask ourselves that. For me even just to say I love you one last time would be a blessing. Yet you also have to think about why they’ve come back and if there is something sinister behind it. The authors note at the end of the book really impacted me because he’s really written this novel as a healing tool in dealing with the loss of his mother. For me it just made the novel all the better.

The Returned is an emotional and thought provoking novel. I was gripped by the intensity of the story and its characters and could not put this book down. If you enjoy books that explore a reality different from our own and one that makes you question our very existence then I recommend you pick up The Returned.

The Returned has been optioned by Brad Pitt’s production company Plan B and will air on ABC this fall under the title “Resurrection”. I can’t wait to watch it! Check out the trailer:

The Returned by Jason Mott   is touring with TLC Book Tours so be sure to check out the other tour stops to see what others are saying about the book.  You can connect with Jason on his website, Facebook, and Twitter.  Your own copy of The Returned can be purchased at Amazon or Amazon Canada.

I have one copy of The Returned by Jason Mott up for giveaway.  To enter…

This giveaway is open to US and Canadian residents (no PO boxes) and I will draw for the winner on September 14/13.  Good luck!

Source:  Review copy provided by the publisher as is giveaway copy.  No compensation has been received for this review and all opinions are solely my own.