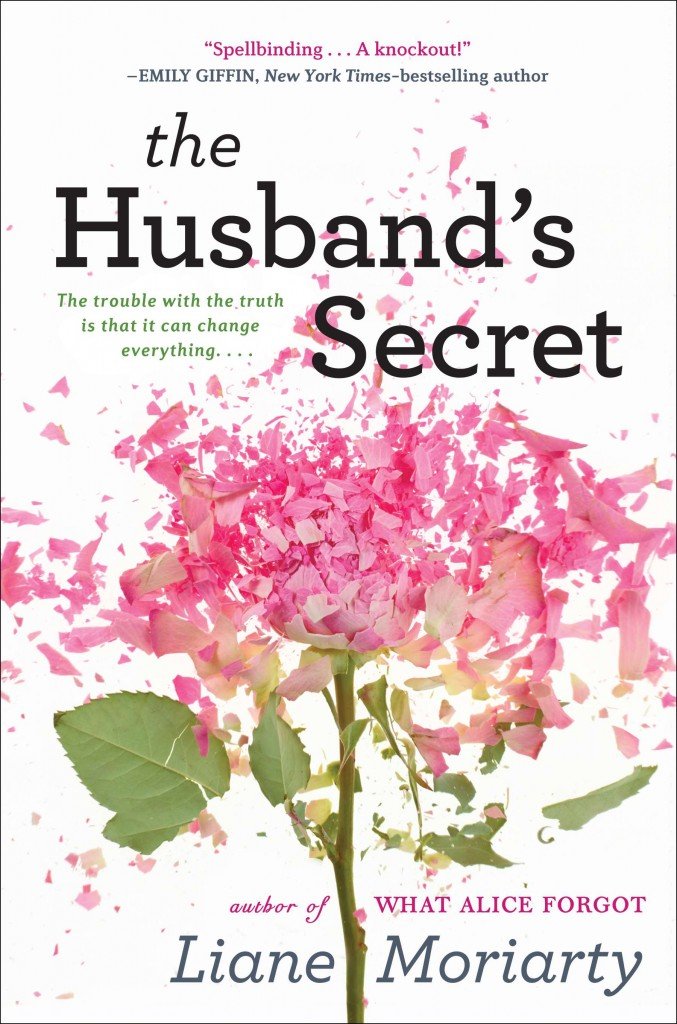 The Husband’s Secret by Liane Moriarty is the She Reads selection for September and what a great novel for a bookclub! This novel is chock full of discussion topics not the least of which is the question of ‘just how well do you know your partner or even friends for that matter?’ What would you do if your partner came to you with a secret so big that you felt you couldn’t live with it yet you know if you say anything your whole family would be destroyed as well as the lives of many others?

This is a question that Cecilia keeps asking herself after she discovers an earth shattering secret that her husband has been keeping since from before they were even married. Cecilia’s life up to this point has been pretty normal. She got married, had her children, and has a good life. She’s one of those women who likes everything to be perfect and she strives to be her best at being a good mom and wife. She’s also a savvy businesswoman and has built up quite the reputation selling Tupperware. So what is she to do now? Now that she knows the secret? Now that she knows the people the secret could hurt? Cecilia is angry and feels betrayed by this man she thought she knew so well… yet never really did…

While I found the main story to be Cecelia’s there were the side stories of Rachel and Tess that become woven in with Cecilia’s even though the women never really knew each other well before. Rachel has been grieving the death of her daughter for years and Tess is back home after her husband decides he loves her cousin more than her. Tess begins to see the man that Rachel believes killed her daughter. Tragedy will bring all the secrets out in the open and all involved will have to make decisions that will affect their lives forever.

I already had the audiobook of The Husband’s Secret when it was picked to be a She Reads selection and I found it to be very well done. It is narrated by Caroline Lee who I’ve not had the opportunity to listen to before but wouldn’t hesitate to again. She really brought this story alive for me with her differences in tone for the characters. She does a really fantastic job!

Her Husband’s Secret left me questioning myself as to what I would do faced with the same situation as Cecilia and even after reading it I don’t know. I would be curious to hear from other readers as to what they would do. It also left me questioning whether it is always the best idea to share a secret or make it so that it can be discovered? Some secrets are better left buried never to see the light of day. Once again Liane Moriarty penned a novel that gripped me from beginning to end! The Husband’s Secret is a novel of love, betrayal, and the power of forgiveness. Loved it!

Source:  Audiobook from my personal library.  No compensation was received for this review and all opinions are my own.