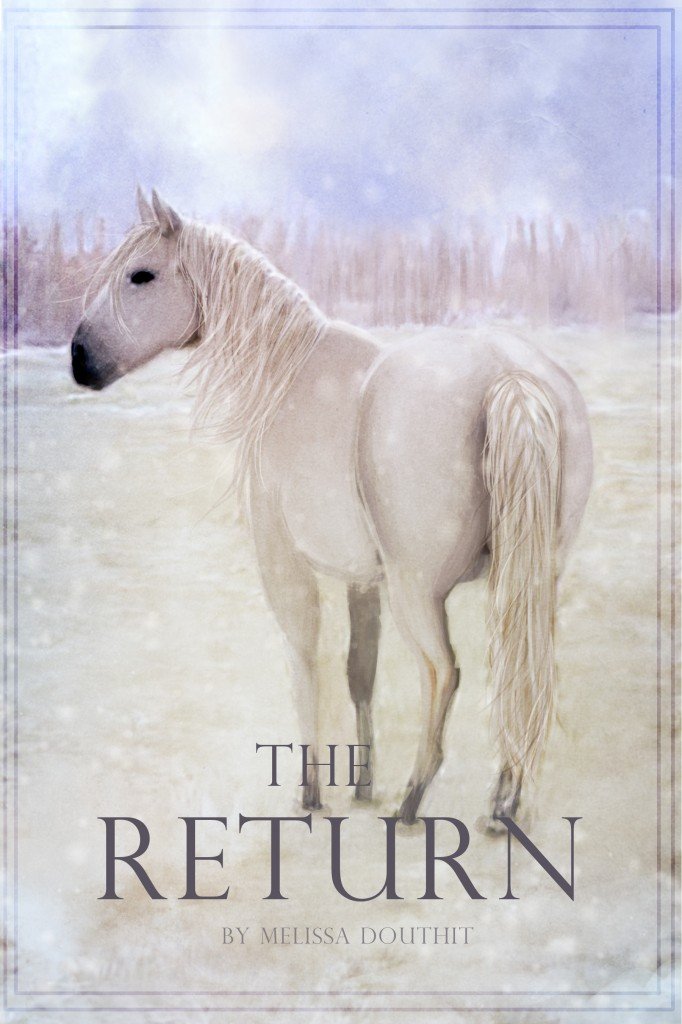 I’m excited to welcome Melissa Douthit, author of The Return to Peeking Between the Pages today.   Melissa is on tour with Premier Virtual Author Book Tours for the rest of October and all of November so be sure to check out her other tour stops as well.  I ‘met’ Melissa a few years ago when I reviewed her first novel in her trilogy entitled The Legend of the Raie’Chaelia and since we have remained friends having a few common interests like our dogs.  The trilogy begins with The Raie’Chaelia (my review), second is The Firelight of Maalda (my review) and finally the last one is The Return which I was actually to review today but as Sammy injured his eye and I spent a half day at the doggie hospital I am behind in my reading (sorry Melissa) so my review is to come tomorrow so stay tuned.  I will say though that I am halfway through at the time of this post and enjoying it immensely – I’m pretty sure it’ll be my favorite of the trilogy!  Today though I have an interview with Melissa to share with my readers and be sure to check out the giveaway both at my blog and Melissa’s blog (awesome giveaway there!) at the end of the post.

1. Welcome to Peeking Between the Pages Melissa! To start off would you like to tell us a bit about yourself.

Well, I’m a software engineer by day and a writer by night. I lived my entire life in California until 2010, when I moved to Salt Lake City. I have a 100 pound, slobbering, baying Coonhound named Copper who likes to take walks and go to the dog park. Winter is our favorite time of year in SLC, when the air is cold and crisp and there is fresh snow to play in.

2. What is your new novel about and can you share with us a bit about your other books?

It’s the final installment of my trilogy, The Legend of the Raie’Chaelia. So, book three. In it, the main character and her friends travel across the country to prepare it for war, making a few necessary stops along the way. The first book was really about Chalice, the main character, finding out who she is and about her world and her relation to it. The second was about her discovering the underground world and then going on a journey to free some very important creatures.

In the third book, Chalice finishes what she started and really pushes the envelope to the point where she finds herself in hot water. Even though I knew where and how the story would end, it was interesting to see where the characters led me. Some of the events that happen in book three were as much a surprise to me as they are to the reader.

The Return really is my favorite book of the whole trilogy because so much happens in it. All the burning questions get answered, the mysteries get solved, and the big reveal at the end ties everything back to the very beginning of the first book. It felt really good to finally finish it.

3. I love the Legend of the Raie’Chaelia series, which The Return is a part of… It’s one of my favorites! Where did you get your inspiration for this series?

I’ve been inspired by several authors. Tolkien and Jordan. I also grew up on Steinbeck and London. I knew I wanted to write a book about a heroine but the idea for the Raie’Chaelia didn’t really hit me until around 2004, when I started writing notes for the story. I don’t really know where the story came from. It just kind of popped in my head, and like Neil Gaiman said on time, “I just wrote what I saw.”

4. Did you face any new challenges in writing this book – the final installment in the trilogy?

I did. I got stuck on a chapter. At first, it wasn’t a chapter I wanted to write at all because at the time, it seemed like boring filler to the story. Also, I didn’t really have a good idea of what exactly was going to happen. So, I set aside my writing for a while. Then, the ideas exploded out of nowhere and I sat down and finished it. It ended up being one of my favorite chapters in the whole book.

5. Do you see yourself in any of your characters?

Definitely! Chalice inherits my determination and stubbornness and Jeremiah, my love of reading, writing, and studying.

6. What were your favorite scenes to write?

One of my favorite scenes to write was when Chalice confronts Vlaad, makes a mistake and gets seen by the False King, then proceeds to escape, burning down Ielieria as she does. I loved that whole chapter. I was listening to the song Burn It to the Ground when I wrote it, so that really helped me visualize what was happening.

Another favorite was when Jeremiah finally loses his cool with Chalice and reprimands her for the stunt she pulls in Ielieria. He is one of the few people in the story to whom she really listens, and his lecture tempers her impulsiveness. It was interesting to see him finally get angry at her. And like I said, in many scenes, I was just as surprised writing them as readers are reading them.

Another favorite was when Duquaine finds out what Chalice did. It was the look on his face in my mind’s eye that got to me. Such pain and confusion. Btw, when I picture Duquaine, I picture Chris Hemsworth in the Dark World. That’s really who Duquaine looks and sounds like.

The last of my favorite scenes was at the very end with Nipha. I will admit, once I finished the last word of that chapter, I broke down and cried. Coming to the end of the story felt like losing a friend. No, actually, it felt like losing several friends — Chalice, Jeremiah, Tycho, Kirna, Buney, etc. I think all book lovers can relate to that feeling.

7. Do you have any set routines of when you like to write or where? Do you have a special spot where you do your best thinking?

Nothing really set in stone. Ideas and words hit me at the most inconvenient times. When I’m driving in the car or when I’m bone tired and just lie down to sleep. Ugh, that’s annoying, but that’s why I always keep my iPhone with me, so I can jot down notes. I usually write in binges. I’ll go for a while without writing and then all the sudden, bam! A flood of words and ideas come to me and I have to write them down before I forget. When I’m in that mode, my favorite spot to write is at the living room table, right next to the fire, with Copper curled up at my feet. He’s my writing partner and gives me lots of advice :), as well as keeping my feet warm.

8. And on a personal note…What is your favorite thing to do when you aren’t writing? I bet snuggling Copper is one of them!

It sure is. 🙂 I like to cook while listening to audiobooks. Copper usually sits somewhere nearby, hoping for a scrap of food to come his way, which it usually does. I also like to ski and swim and run Copper around in the snow.

9. Who are your favourite authors and what is on your night-stand right now?

I have a lot of them. Tolkien, Jordan, Steinbeck, London, Rowling, Herbert, Eddings, etc. The list goes on. Right now, I have Pride and Prejudice by Jane Austen on my nightstand.

10. Finally, what is in store for your fans next Melissa? Do you have another book in the works?

I’ve had so many ideas for new books. Some came to me when I was finishing up The Raie’Chaelia. Whenever I get an idea for a new book, I write it down and put it in its own file folder on my computer, hoping to revisit it later. I have about 10+ folders like that, so I’m trying to choose which one to pursue first. Right now, it’s a toss up between a love story/fantasy set in the Old Norse world, a paranormal crime thriller, and a teen romance that deals with the serious issues of high school bullying and teen suicide.

After the fall from the Maaldan cliff, Chalice is reunited with her friends on a journey that takes them to the coastline of Ielieria. Little do Vlaad and his Fierain know what is in store for them as, bit by bit, their plans are thwarted by this blond-haired, blue-eyed beauty.

In the third and final novel of the trilogy, The Legend of the Raie’Chaelia, you find out. It is a dramatic finish to an epic story of action, adventure, betrayal, forgiveness and love. 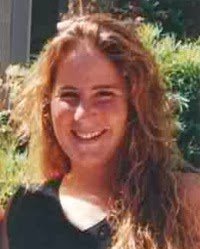 I grew up in San Diego, finishing college at CSUSM with a degree in Computer Science. In the summer of 2002, I worked at the National Radio Astronomy Observatory in New Mexico. From there my journey took me to the Bay Area to work at NASA Ames Research Center for a year, then at Lawrence Livermore National Lab for four years. It was during this time that I started tossing around the idea of becoming a writer, so I began writing a journal and notes on a story I was developing. My career, after LLNL, took me to the Naval Postgraduate School, where I worked on a government project called JIEDDO. Now I am in Salt Lake City, working as a software engineer.

My career involves scientific and mathematic programming. I write on the side. I find that the two areas of work give me a balance – a balance between exercising my right brain and my left brain. If one side of my brain gets tired, the other takes over. It works well. =o)

As for my hobbies, I have been reading fantasy and science fiction books ever since I was a teenager. I started with the classics: Tolkien, C.S. Lewis, and Jordan, then moved on from there. I love reading all different genres of fiction and non-fiction. When it comes to reading, I don’t discriminate.

My other hobbies are skiing, swimming, writing, cooking, and drinking wine! 😉

I also love taking my dog to the park where he causes all kinds of mischief. He is a four year-old, 100 pound, baying, slobbering, English Coonhoud. 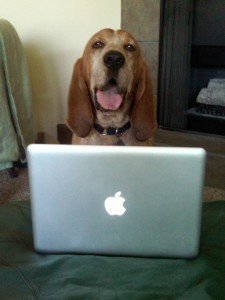 I have one eBook copy of The Return by Melissa Douthit to share with my readers.  To enter…

This giveaway is open Worldwide and I will draw for the winner on October 30/13.  Good luck!

Melissa has a fantastic giveaway over on her blog.  She’s giving away a free eReader OR a $75.00 Amazon.com gift certificate.  Now that is definitely awesome!  So be sure to click here and pop on over and enter your info for a chance to win.

Again, be sure to pop back in tomorrow for my review of The Return!