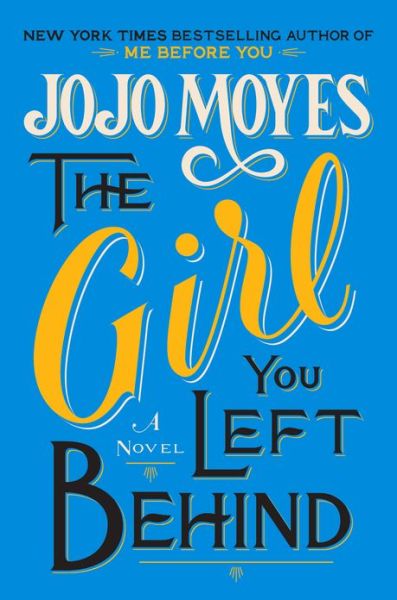 The Girl You Left Behind by JoJo Moyes is the She Reads Book Club Selection for October and what an excellent choice! We have yet to have a book that isn’t good over on She Reads. That’s a great track record I’d say! The Girl You Left Behind is a story of true love, romance, and the mystery of a painting all set against the backdrop of World War I and the present time.

The year is 1916 in a small village in France where Sophie lives with her family having seen her husband Edouard off to war. When the town falls to the Germans all of their lives are thrown into turmoil. When the new Kommandant decides that he wants Sophie to cook all of his soldiers meals she knows she has no choice despite her immense hatred of these men. Then the Kommandant notices the painting that Sophie’s husband did of her called The Girl You Left Behind and he becomes obsessed both with her and the painting. Eventually Sophie risks everything she holds dear to her heart in her hope to secure her husband’s safety.

Fast forward to present day London and we meet Liv, a young widow still trying to put her life back together after the sudden death of her husband. Liv was given a painting as a wedding gift by her husband and it just happens to be none other than the portrait of The Girl You Left Behind. After her husband’s death this painting took on an even deeper meaning for her and she treasures it above all else. Which is why after she meets Paul, the first man to interest her in a long time, she is horrified to learn he actually tracks down stolen paintings and unfortunately hers is one of them. Liv is shocked but even more than that she refuses to give up her painting. This sets Liv on a path to learn just who Sophie was and it changes her life.

Source:  Audiobook from my own library.