Well we are at the midpoint of the week and tomorrow is Thanksgiving for all my US friends so a Happy Thanksgiving to all of you!  Today though I have a spotlight on a book I’m looking forward to reading myself.  It’s called The Purchase by Linda Spalding and it’s about a Quaker family back in 1798.  It sounds so good and I’ve already grabbed myself a copy of the book so I hope to be reading it soon.  In the meantime I’m going to tell you a bit about the book and give you a chance at the end of the post to win yourself one of two copies up for giveaway. 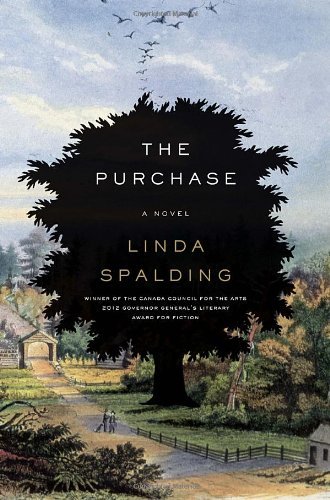 THE PURCHASE (from Amazon)

In 1798, Daniel Dickinson, a young Quaker father and widower, leaves his home in Pennsylvania to establish a new life. He sets out with two horses, a wagon full of belongings, his five children, a 15-year-old orphan wife, and a few land warrants for his future homestead. When Daniel suddenly trades a horse for a young slave, Onesimus, it sets in motion a struggle in his conscience that will taint his life forever, and sets in motion a chain of events that lead to two murders and the family’s strange relationship with a runaway slave named Bett. Stripped down and as hard-edged as the realities of pioneer life, Spalding’s writing is nothing short of stunning, as it instantly envelops the reader in the world and time of the novel, and follows the lives of unforgettable characters. Inspired by stories of the author’s own ancestors, The Purchase is a resonant, powerful and timeless novel. 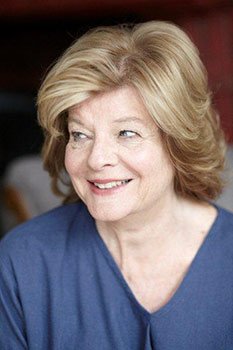 Linda Spalding, Kansas-born Canadian fiction and nonfiction writer, often explores world cultures and the clash between contemporary life and traditional beliefs. Her most recent book, The Purchase, won the 2012 Governor General’s Literary Prize for Fiction. The Purchase has been published in Canada by McClelland & Stewart and in the U.S. by Pantheon.

Spalding is also well know for Who Named the Knife (2007), the true story of the murder trial of Maryann Acker, a teenager sentenced to life in prison for a murder committed while on honeymoon in Hawaii. Spalding, who served on the jury, tracks down Maryann 20 years later in order to reexamine the murder and the question of Maryann’s innocence. In a starred review, Publishers Weekly called it, a “delicate yet powerful work.” The reviewer for the Miami Herald said, “Spalding is amazing in her ability to seamlessly present a legal paper trail and other research alongside her emotional and honest assessment of herself.” The book was made into a TV movie – Of Murder and Memory – written by Semi Chellis.

Spalding’s earlier books include the novels Mere (2001) co-authored with her daughter Esta Spalding; The Paper Wife (1996); Daughters of Captain Cook (1989); and the nonfiction book The Follow (1998), about renowned orangutan expert Birute Galdikas, one of the three female acolytes of anthropologist Louis Leakey known as “Leakey’s Angels” (along with Jane Goodall and Diane Fossey). The reviewer for the Christian Science Monitor called the Galdikas book, “An intimate and deeply thoughtful chronicle of a woman’s awakening to the many challenges facing orangutans and the earth as a whole.” It was short-listed for the Trillium Book Award and the Pearson Writers’ Trust Non-Fiction Prize.

An editor of Brick, a Journal of Reviews, Spalding has been awarded the Harbourfront Festival Prize for her contribution to the Canadian literary community.

Linda lives in Toronto with her husband, Michael Ondaatje, her dog Jasper and her cat Jack.

I have 2 copies of The Purchase by Linda Spalding to share with my readers.  To enter…

This giveaway is open to US and Canadian residents and I will draw for the winner on December 12/13.  Good luck!