To celebrate the recent release of The Altarpiece by Sarah Kennedy in paperback I’m going to spotlight the book and give away a copy.  I read this novel back in May and really enjoyed it (my review).  It is the first novel in The Cross and The Crown series and takes place in the times of Henry VIII which was my first attraction to it as that is my favorite time period. After reading the novel I was impressed with Sarah’s writing and storytelling which makes me very anxious for the second in the series which is due out next year and I can’t wait! 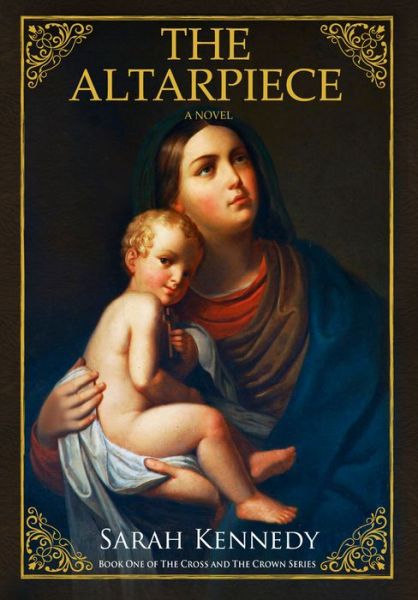 THE ALTARPIECE (from Knox Robinson Publishing)

It is 1535, and in the tumultuous years of King Henry VIII’s break from Rome, the religious houses of England are being seized by force. Twenty-year-old Catherine Havens is a foundling and the adopted daughter of the prioress of the Priory of Mount Grace in a small Yorkshire village. Catherine, like her adoptive mother, has a gift for healing, and she is widely sought and admired for her knowledge.

Catherine’s hopes for a place at court have been dashed by the king’s divorce, and she has reluctantly taken the veil. In the remote North, the nuns enjoy the freedoms unavailable to other women. England is their home, but the times have changed, and now the few remaining nuns dread the arrival of the priory’s new owner, Robert Overton. When the priory’s costly altarpiece goes missing, Catherine and her friend Ann Smith find themselves under increased suspicion.

King Henry VIII’s soldiers have not had their fill of destruction, and when they return to Mount Grace to destroy the priory, Catherine must choose between the sacred calling of her past and the man who may represent her country’s future.

Book one of The Cross and The Crown Series.

Read an excerpt
Buy at Amazon, Amazon Canada, and B&N 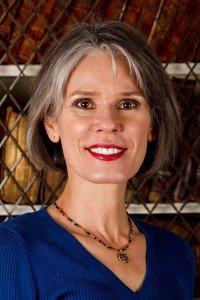 Sarah Kennedy is a professor of English at Mary Baldwin College in Staunton, Virginia and the author of seven books of poems.

She holds a PhD in Renaissance Literature and an MFA in Creative Writing.

Sarah will publish a series of novels with Knox Robinson centering around the sixteenth century closure of the monasteries and convents of England by King Henry VIII.

I have one paperback copy of The Altarpiece by Sarah Kennedy to share with my readers.  To enter…

This giveaway is open to US and Canadian residents (no PO boxes) and I will draw for the winner on December 18/13.  Good luck!

Source: Giveaway copy provided by the publicist.  No compensation was received for this posting.