Happy Saturday everyone!  I hope all my US friends had a wonderful Thanksgiving.  Today I’ve got a spotlight and giveaway to celebrate the December 3 paperback release of  The Diviners by Libba Bray.  I’ve been a fan of Libba Bray since reading The Gemma Doyle Trilogy which I absolutely loved.  I’ve got The Diviners on audio and hope to listen to it soon because it sounds so good.  In the meantime enjoy the post and be sure to pop in at the end and enter the giveaway for your chance to win The Diviners tote bag and a copy of the book! 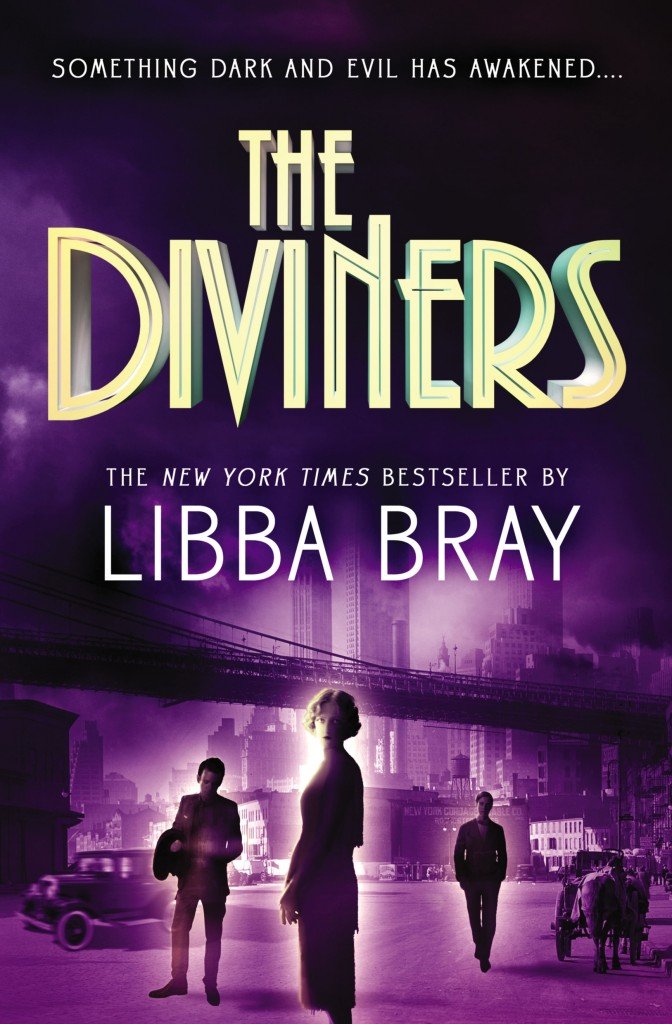 Do you believe there are ghosts and demons and Diviners among us?

Evie O’Neill has been exiled from her boring old hometown and shipped off to the bustling streets of New York City–and she is pos-i-tute-ly ecstatic. It’s 1926, and New York is filled with speakeasies, Ziegfeld girls, and rakish pickpockets. The only catch is that she has to live with her uncle Will and his unhealthy obsession with the occult.

Evie worries he’ll discover her darkest secret: a supernatural power that has only brought her trouble so far. But when the police find a murdered girl branded with a cryptic symbol and Will is called to the scene, Evie realizes her gift could help catch a serial killer.

As Evie jumps headlong into a dance with a murderer, other stories unfurled in the city that never sleeps. A young man named Memphis is caught between two worlds. A chorus girl named Theta is running from her past. A student named Jericho hides a shocking secret. And unknown to all, something dark and evil has awakened….

Libba Bray’s New York Times bestselling Diviners is now in paperback. And we hear there’s going to be a second book next August so stay tuned!

I have an exclusive The Diviners tote bag & a copy of the book to share with one lucky winner!  To enter…

This giveaway is open to US and Canadian residents only (no PO boxes) and I will draw for the winner on December 16/13.  Good luck!