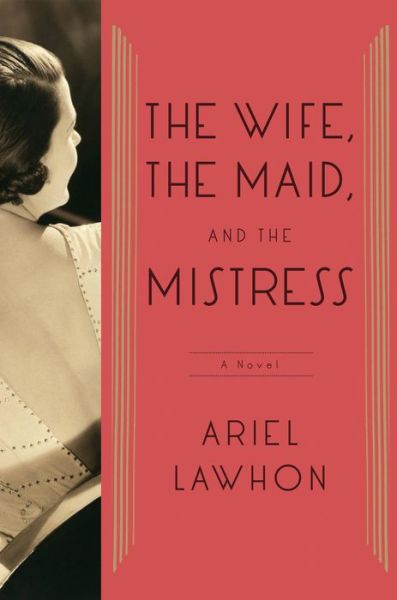 The Wife, the Maid, and the Mistress by Ariel Lawhon is the She Reads Book Club Selection for February and it will for sure make my favorites list this year! It is based on true events surrounding the scandalous disappearance of Justice Joseph Crater that held a nation in its grip in the 1930’s. I listened to the audio version that is narrated by Ann Marie Lee and she does a fabulous job! She is really talented with a perfect voice for narration as she can take on many different tones for different characters. I’m positive she added, even further, to this already fantastic book!

While the book is based on true events the story that is expertly woven around these events comes from the author’s imagination and she builds a fascinating tale for what may have happened. The plot follows the three women involved in Crater’s life – his wife Stella, his mistress Ritzi, and the maid Maria. Crater doesn’t come off as a very pleasant man and certainly not one who was really good to his wife. He frequents the speakeasies and is involved in shady dealings with individuals such as the notorious gangster Owney Madden. When he’s caught in bed with his mistress by the maid Maria things begin to spiral downwards until the eventual disappearance of Carter. In the end there are three women and all three women have good reasons to hate Justice Joseph Carter but the question is how far will they take that hatred?

I can’t say much without revealing the plot and I most definitely don’t want to do that but I will say that this novel is rich in historical detail with characters who jump off the page and come alive in your mind. I was completely immersed in this book as the lifestyle of the speakeasies, the showgirls, and the the higher society was all brought vividly to my mind and the added element of the disappearance of Joseph Carter was just icing on the cake. I hadn’t known anything about this time in history but after reading Ariel’s book I was interested enough to look Joseph Carter up to learn more.