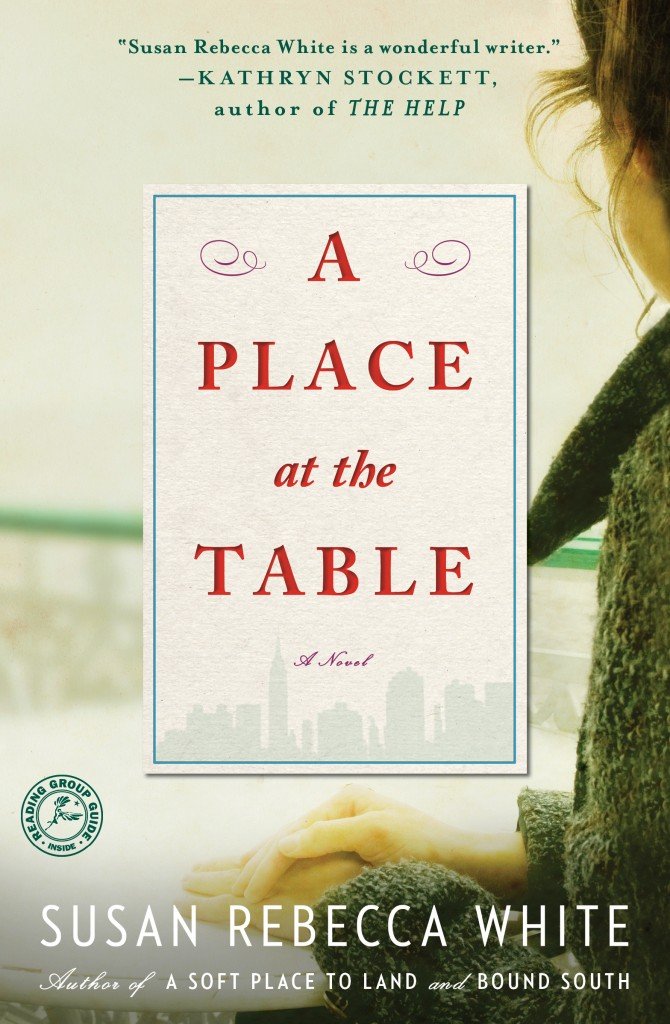 A Place at the Table by Susan Rebecca White is a beautifully written novel about people finding a place for themselves through good food and good friends. It isn’t always your family that makes a place for you; sometimes it is those friends who are more of a family to you than your own. I listened to the audio book of A Place at the Table which is narrated by Robin Miles, George Newbern, and Katherine Powell and they do a fantastic job. I really enjoy books narrated by more than one narrator and felt it added a lot to the portrayal of this story.

Bobby comes from a family who has chosen to pull away from him because he is gay. They refuse to accept him for who he is so he leaves his home in Georgia and heads to New York. It is there he comes into his own but also experiences losses and heartbreak. He meets Alice, an older African American woman who has faced her own prejudices and is famous for her southern cooking (based on a real life character) and becomes very close with her. Then we have Amelia with a broken marriage and no idea what she wants to do with her life. What they do all have in common is Café Andres where they come together to savor good food and the people that the love of food always seems to bring together. As the story unfolds  a huge secret is revealed that has the power to change everyone’s lives.

This was a unique story in that it is told from the viewpoint of three very separate stories and yet they all blend together by the end which I have to admit surprised me at how well they weaved into each other. I really enjoyed A Place at the Table especially all the references to food that sounded so divine that I found myself hungry all the time. Recommended for those who enjoy literary fiction!

A few little extras:  The paperback edition of A Place at the Table was just released on March 4 and was recently named a Target Club Pick for the month of March.  As well check out this recipe for Meemaw’s Pound Cake over on Susan’s website!  It is just one of the many delectable food dishes mentioned in A Place at the Table!