HF Virtual Book Tours is thrilled to introduce you to author Julie Dewey’s historical novel One Thousand Porches! I read this book just in December and really enjoyed it – Julie is a fantastic writer! Please enjoy the book blast for One Thousand Porches…

A heart warming story about family, love, and perseverance, One Thousand Porches chronicles the lives of tuberculosis sufferers and their family members at a sanatarium in Sarnac Lake, NY. A beautiful story that is meant to inspire and uplift readers through the cast of characters that are genuinely kind human beings, readers have called One Thousand Porches “illuminating” and “historically significant”. Down the Kindle Ebook for FREE on March 20th!

In celebration of the release of One Thousand Porches we are giving away 2 paperback copies and a $25 Amazon Gift Card. 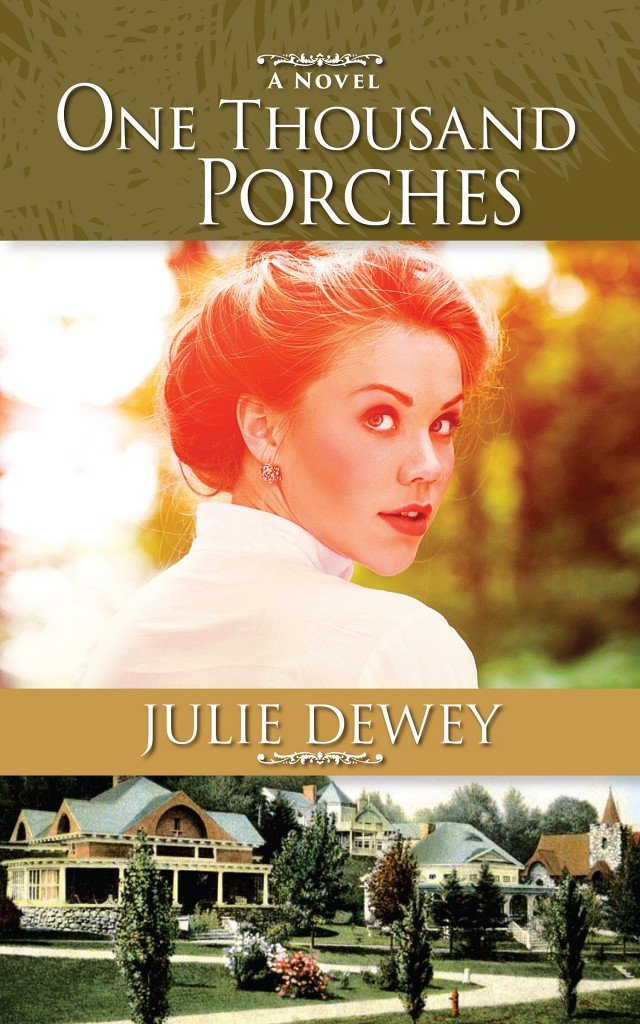 One Thousand Porches
by Julie Dewey

Set in the majestic yet untamed Adirondack Mountains of New York more than a century ago, an extraordinary story unfolds about a little known town called Saranac Lake.

The town is home to a man with a disease known as consumption, white plague, or as some called it, the red death. It is here that Doctor Edward Livingston Trudeau finds a hopeful cure for tuberculosis in the form of open air. Trudeau’s patients vary in age, gender, class, and race, but they have one thing in common. They must all choose to embrace life, even in the face of death, if they wish to heal at the Sanitarium.

Christine, a woman at the helm of her family, has already lost two children to the dreaded plague. But when her daughter, Collette, contracts the disease, she is determined to keep her alive. Venturing into unknown territory, Christine risks her own health and that of her unborn child, as well as her marriage, to help her daughter seek a cure that to many is absurd. Christine embarks upon a life-changing journey as she moves from caregiver to patient. In the face of adversity she must find the courage to sustain herself. When Lena, a factory worker and mother of three, begins coughing up blood she is faced with a decision no mother wants to make. She either stays with her family and risks her own death, or leaves her loved ones behind while she goes off in hope of a cure at the Sans. Big Joe, once a strong man for a traveling circus, seeks a quiet place to live out his final days in hiding. When he is sent to the Sanitarium, he is terrified to learn he will be housed with fellow circus performers for he is a hunted man. Gaunt and thin, he can only hope no one from his past recognizes him in his current state. Little Amy, a six year old child, must care for her entire family of seven, all whom are afflicted with different forms of plague. When she is diagnosed with a very rare form herself, she is sent to the Sanitarium and put under the care of Dr. Trudeau. Alone and afraid, Amy faces her fears and allows herself to dream of a future.

With a cast of characters so vivid, One Thousand Porches is a heart warming and engaging story that will instill hope and faith in even the most pessimistic reader.

The sputum most likely crossed the hearth of our large country estate in Pittsford, New York on the scalloped hem of my favorite green velvet dress. The flattering ensemble with the well fitted bodice and bustle below my waist in the back. I was told this by my husband, James Lyndon, who made me watch while he set the garment to burn in our grate, the embers coursed thru the fabric destroying the residue left from a lungers hacking.

Consumption was a poor man’s disease, it was inconceivable that it gained entry into our pristine home miles outside the village by any other means. James had no one else to hold responsible for his son’s suffering so the burden of blame was mine in his eyes. I had ventured into town for groceries and fabric, as well as lunch with the ladies several times over the course of the month. I dare not remind my husband, but he ventured far more places than I did.

My husband could not bear witness as his sons flesh was consumed, his lungs gurgling and dissolving as he gasped and choked for air. All Henry’s strength and will were sapped from his body as he withered away in isolation. His soul leaving us for heaven mere weeks before his 18th birthday celebration this October. I was given no choice but to accept the guilt that Henry would never attend college, or marry and have children. James placed the blame squarely upon my shoulders and defiantly closed me out from our bedroom and from his affections, punishing me for the death of our first born son.

Typically solid and stoic to a fault, James became maniacal for a short time immediately following Henry’s death. Frenzied, he set off on a tirade where he emptied gown after gown from my closet along with dress coats, shoes, scarves and gloves, immersing them all in the raging blaze to be destroyed. James wasted no time, and stormed through the house ripping sheets and pillowcases off beds, kitchen aprons from hooks and even the old fraying rags under our sink that we stored for cleaning, were all set to burn.

“James, I beg of you, you cannot burn our entire wardrobes, we will have nothing left!” I screamed in a panic, trying to get through to him, but knew I could not be heard for his empty eyes did not meet mine but instead flickered across the house, leaping from object to object in search of anything else he missed, telling me in short, he was momentarily insane.

Amidst my pain and suffering I took great measures to prevent the bacteria from infecting the rest of us, beginning with scouring the house daily to an immaculate state until my fingers cracked and bled. In the evenings my gentle daughters slathered my hands, one finger at a time, with petroleum jelly and wrapped them in strips of cotton in order to heal. All of my remaining dressing gowns, the ones set aside to be tailored that James missed as he ransacked the place, as well as Collette’s and Emma Darlings were hemmed to mid-calf so as not to risk contact with the ground. Lucas and Daniel, our two remaining boys wore trousers that did not drag but I feared the disease and their fathers instability so intensely now that I made them take off their shoes on the porch and wipe the soles with rags dipped in boiling water the moment they got home from school. Then the rags were burned in our outdoor fire pit.

We were told the disease could lay dormant for months or years even, causing even more panic, and so the fires raged and our old shifts were ripped to make rags to use for boiling and cleaning purposes.

The disease known as consumption, white plague, the red death, or tuberculosis was especially harmful to anyone with an already compromised immune system, such as our Collette with her weakling lungs. It was spreading like wildfire across the nation and was being touted as the most fatal disease known to man, far surpassing typhoid and scarlet fever in its death toll. Taking nearly one in every seven Americans or four hundred souls daily. It took no prejudice in who it afflicted either. The elderly as well as children, men and women, black and white, poor and wealthy were disposed of but most often it was young adult males in the prime of their life, like our Henry, falling prey.

Doctors were perplexed by the spread of the disease, some believed it was developed based on the patient’s constitution, either physiologically or psychologically and therefore didn’t believe it could be spread. Along the same lines other scientists and researchers believed it to be hereditary and therefore took no precautions against it. Still others thought it was airborne spread from spitting, coughing, laughing, sneezing, and even talking. It was thought it could also be transferred from bodily fluids such as pus and bowel discharge. Doctors encouraged everything from wearing beards for the men to prevent the germ from entering their orifices, to eating nothing but diets rich in meat and dairy.

“I tell you Christine, this disease is contagious. We must be vigilant over our hand washing, and we shall each bathe nightly in separate water.” James spoke to me through his fog of grief.

Praise for One Thousand Porches

“I greatly enjoyed the time I spent reading this book. Historically significant as well as heartwarming, One Thousand Porches is an engaging tale of family, friendship, hope and perseverance in the shadow of uncertainty.” – Erin, Flashlight Commentary Blog

“This novel was fascinating. Of course I know of TB but to hear the history behind what Dr. Trudeau did for so many is remarkable. I think anyone interested in history and especially the history of TB and the development of the first sanitariums should enjoy this novel. I’ve read one other of Julie’s books and I find her writing to be very frank and real. I look forward to seeing what subject Julie tackles next!” – Dar, Peeking Between the Pages Blog

“One Thousand Porches is such a treasure. I learned so much about tuberculosis through the intertwined lives of Christine, Joe, Collete, Will, Amy, Daniel, and, of course, Edward Trudeau. Such inspiring lives these characters show us. As we advance in the 21st century, we can learn so much from those who lived, learned and loved over a hundred years ago. Thank you, Julie, for another illuminating look back in history.” – Cindy Gorham-Crevelling

“Julie Dewey loves history…that is clear!!! And, as in her first book about the orphan trains of old, she has again chosen to write about a time in our past that few remember. She writes about tuberculosis, and shows us that TB did not discriminate! She introduces us to a cast of characters from all walks of life, from the very wealthy, the poor and indigent, to everything in between. This is a warm story about people making the best of their circumstances after they are torn away from their homes and families!! Because I live in New York state, I was particularly intrigued. I feel a visit to Saranac Lake and surrounding areas need to be on my “bucket list”! I also love that Julie Dewey wove her own personal history into the story, with the introduction of LENA!!! As per her dedication, Lena was her great Grandmother!!!” – Dr Michael A. Radz 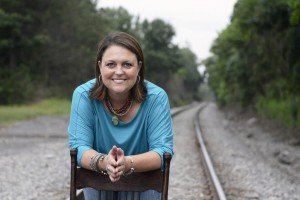 Julie Dewey is a novelist who resides with her family in Central New York. Her daughter is a singer/songwriter, and her son is a boxer. Her husband is an all-around hard working, fantastic guy with gorgeous blue eyes that had her falling for him the moment they met.

In addition to researching and writing she is an avid reader. She is also passionate about jewelry design and gemstones. She loves anything creative, whether it be knitting, stamping, scrapping, decoupaging, working with metal, or decorating.

Visit her at www.juliedewey.com to get your reading guide for this book and to read an excerpt from Forgetting Tabitha, the Story of an Orphan Train Rider.

Thursday, March 20
Reading the Ages
Passages to the Past

Friday, March 21
Pages of Comfort
To Read or Not to Read

Monday, March 24
A Bookish Affair
Oh, For the Hook of a Book

Wednesday, March 26
CelticLady’s Reviews
So Many Books, So Little Time

To enter to win one of the following prizes, please complete the Rafflecopter form below.

Giveaway will run from March 17-28. You must be 18 or older to enter.
Winner will be chosen via Rafflecopter on March 29 and notifiied via email.
Winner has 48 hours to claim prize or new winner is chosen.