I’ve got a book blast today for the US paperback release of The Chalice by Nancy Bilyeau! I had to take a minute though to say how much I loved this book when I read it last year.  It was one of my favorites of 2013!  So for your enjoyment today please enjoy the book blast and if you’re a lover of historical fiction you can’t go wrong with The Chalice! 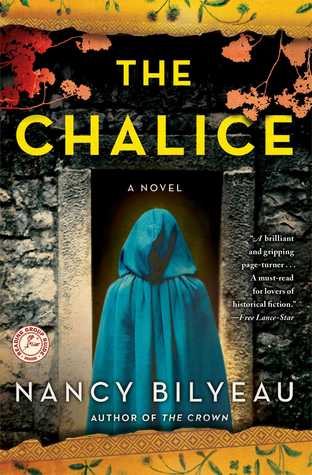 The Chalice
by Nancy Bilyeau

The new novel The Chalice, by Nancy Bilyeau, sends readers on a page-turning historical quest. Set in Henry VIII’s England, the story is driven by plot twists, deceptions, spiritual searching and romantic tension. Readers fall in love with protagonist Joanna Stafford, a Catholic novice forced to leave her priory and find her answers. “She is strong and determined and very likable,” says one blogger. “Exhilarating,” says Good Housekeeping, and “The novel is riveting and provides fascinating insight into into the lives of displaced nuns and priests, with fully realized characters,” says RT Book Reviews. Launching in paperback on March 18 and available in ebook too.

Between the crown and the cross stands one woman…

IN 1538, ENGLAND is in the midst of bloody power struggles that threaten to tear the country apart. Aristocrat-turned-novice Joanna Stafford knows what lies inside the king’s torture rooms and risks imprisonment when she is caught up in an international plot targeting the king. As the power plays turn vicious, Joanna understands she may have to assume her role in a prophecy foretold by three different seers.

Joanna realizes the life of Henry VIII, as well as the future of Christendom, are in her hands—hands that must someday hold the chalice that lies at the center of these deadly prophecies…

Praise for The Chalice

“A brilliant and gripping page-turner…A fascinating blend of politics, religion, mysticism and personal turmoil. Well-researched and filled with sumptuous detail, it follows Joanna’s early life from Bilyeau’s début novel, The Crown, but this book easily stands on its own. Bilyeau fills in the blanks from her earlier work while leaving the reader both wanting to read the first book and eagerly awaiting the next. This is a must-read for lovers of historical fiction.” – Free Lance-Star

“The novel is riveting, and provides fascinating insight into the lives of displaced nuns and priests during the tumultuous Tudor period. Bilyeau creates fully realized characters, with complex actions and emotions, driving the machinations of these historic personages.” – RT Book Reviews, (Top Pick)

“The human and political battles of Henry VIII’s reformation are brought to exhilarating life in The Chalice by Nancy Bilyeau.” – Good Housekeeping UK, April 2014

“Bilyeau sends her plucky former novice back into the intrigue-laden court of Henry VIII.” – Entertainment Weekly

“Bilyeau continues from her first novel the subtle, complex development of Joanna’s character and combines that with a fast-paced, unexpected plot to hold the reader’s interest on every page . . . history and supernatural mysticism combine in this compelling thriller.” – Historical Novel Society

“Joanna Stafford is a young novice caught up in power struggles familiar to readers of Hilary Mantel and C.J. Sansom, but with elements of magic that echo the historical thrillers of Kate Mosse.” – S.J. Parris, author of ‘Heresy,’ ‘Prophecy’ and ‘Sacrilege’

“The Chalice is an engrossing mix of the complicated politics of the Reformation with the magical elements of the Dominican order, and Joanna–fiery, passionate, determined to honor what she thinks God wants her to do–is a fascinating character. Fans of historical mysteries, Tudor politics and supernatural fiction will all be pleased by the broad scope, quick-moving plot and historical integrity of Bilyeau’s second novel.” – Shelf Awareness 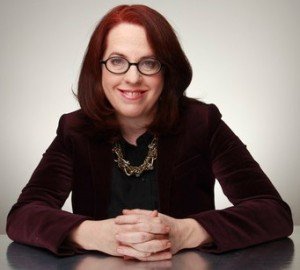 Nancy Bilyeau has worked on the staffs of InStyle, Rolling Stone, Entertainment Weekly, and Ladies Home Journal. She is currently the executive editor of DuJour magazine. Her screenplays have placed in several prominent industry competitions. Two scripts reached the semi-finalist round of the Nicholl Fellowships of the Academy of Motion Pictures Arts and Sciences. Her screenplay “Zenobia” placed with the American Zoetrope competition, and “Loving Marys” reached the finalist stage of Scriptapalooza. A native of the Midwest, she earned a bachelor’s degree from the University of Michigan. THE CROWN, her first novel, was published in 2012; the sequel, THE CHALICE, followed in 2013.

Nancy Bilyeau Gives an Inside Peek Behind THE CHALICE

Tuesday, March 18
A Book Geek
Kinx’s Book Nook
Passages to the Past
Book Lovers Paradise
To Read or Not to Read
Oh, for the Hook of a Book

Thursday, March 20
CelticLady’s Reviews
Ageless Pages Reviews
She is Too Fond of Books
Peeking Between the Pages

To enter to win one of 10 copies of The Chalice please complete the Rafflecopter giveaway form below. Giveaway is open to US residents only.

Giveaway will run from March 17-21. You must be 18 or older to enter.
Winners will be chosen via Rafflecopter on March 22 and notifiied via email.
Winners have 48 hours to claim prize or new winner is chosen.