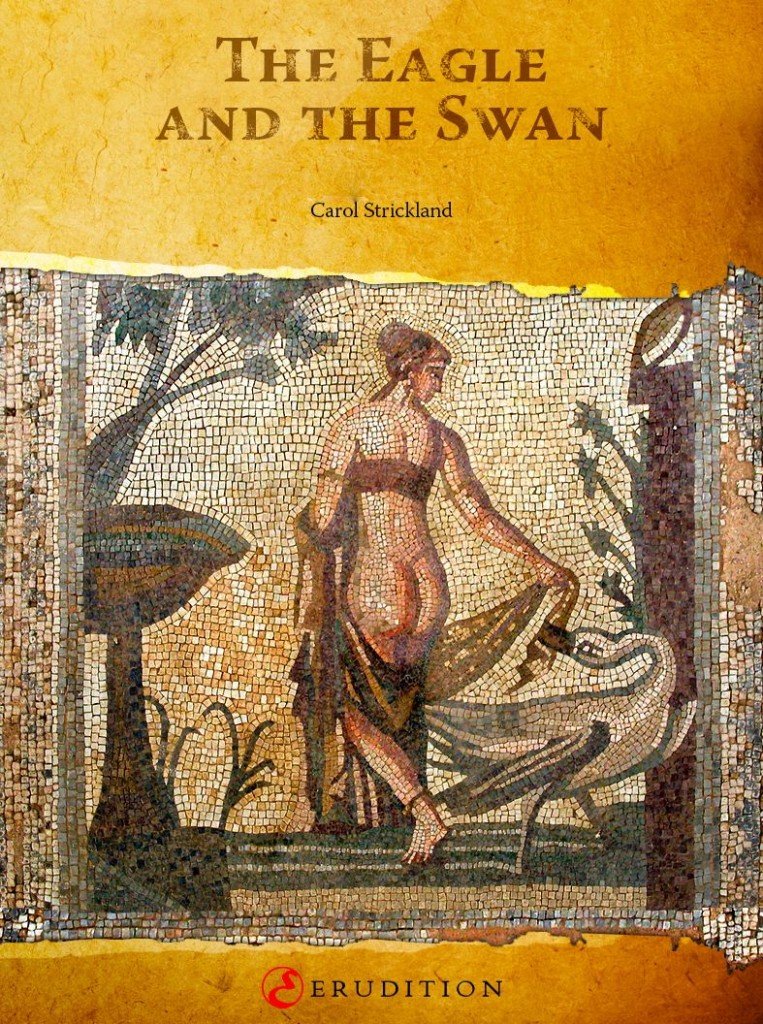 The Eagle and the Swan by Carol Strickland takes us on a journey back to a time long forgotten. It is the tale of Theodora who rose from being a bear keeper’s daughter in the circus to Empress of the Byzantine Empire. Carol Strickland weaves fact and fiction as she tells of court intrigue, betrayals, and the ultimate power struggles.

Theodora didn’t come from riches but from a poor family and when her father dies she is forced into prostitution. Eventually she gives up that life knowing that she wants more for herself and her daughter – she knows that her prince charming is out there somewhere. Then she meets Justinian who becomes Emperor and knows this is the man. He wants and knows of her past but that isn’t Theodora’s life anymore and she refuses him unless he agrees to court her out in public. Theodora’s rise to Empress isn’t an easy one. She has to live as Justinian’s mistress until he is crowned Emperor. She now has all the wealth and jewels she could ever want but Justinian works obsessively and in some ways she still feels as lonely as she did when she had nothing. When the Empire falls will Justinian finally listen to Theodora?

Theodora was a woman before her time and used her power in any way she could. She believed that women should have a voice in the way things were done. Not only was she a leader but she was caring and generous with her wealth. She wanted to help the people who really needed it like the hungry and the prostitutes. So many of these were young girls just as she had been that had been forced into that life. Everybody has a story and Theodora was interested in hearing that story before passing judgment. Needless to say Justinian doesn’t at first heed Theodora’s warnings and because of that the Empire suffers.

I knew nothing about Theodora or the Byzantine Empire before picking up this novel which was one of the main reasons I wanted to read it. The novel is rich in historical detail and vividly brings to life this period in history. I came away from reading The Eagle and the Swan feeling as though I learned something and that to me is what makes historical fiction so great! For those who enjoy historical fiction and reading about a little known time in history The Eagle and the Swan is a great pick!

I have 2 eBook copies of The Eagle and the Swan by Carol Strickland to share with my readers and it’s open Internationally!  To enter…

This giveaway is open Internationally and I will draw for the winners on April 13/14.  Good luck!