Happy Friday everyone!  I’ve got an awesome book called Cutting Teeth by Julia Fierro which is touring with TLC Book Tours right now to spotlight and hold a giveaway for so enjoy… I have to mention that I love this cover – this one would definitely stop me in my tracks and beg to be picked up and checked out! 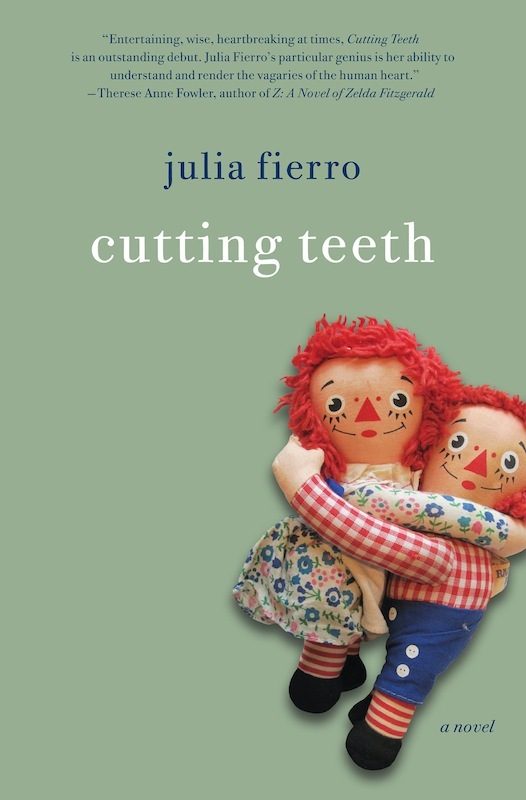 One of the most anticipated debut novels of 2014, Cutting Teeth takes place one late-summer weekend as a group of thirty-something couples gather at a shabby beach house on Long Island, their young children in tow.

Nicole, the hostess, struggles to keep her OCD behaviors unnoticed. Stay-at-home dad Rip grapples with the reality that his careerist wife will likely deny him a second child, forcing him to disrupt the life he loves. Allie, one half of a two-mom family, can’t stop imagining ditching her wife and kids in favor of her art. Tiffany, comfortable with her amazing body but not so comfortable in the upper-middle class world the other characters were born into, flirts dangerously, and spars with her best friend Leigh, a blue blood secretly facing financial ruin and dependent on the magical Tibetan nanny everyone else covets. Throughout the weekend, conflicts intensify and painful truths surface. Friendships and alliances crack, forcing the house party to confront a new order.

Cutting Teeth is about the complex dilemmas of early midlife—the vicissitudes of friendship, of romantic and familial love, and of sex. It’s about class tension, status hunger, and the unease of being in possession of life’s greatest bounty while still wondering, is this as good as it gets? And, perhaps most of all, Julia Fierro’s warm and unpretentious debut explores the all-consuming love we feel for those we need most, and the sacrifice and compromise that underpins that love.

“Entertaining, wise, heart-breaking at times, Cutting Teeth is an outstanding debut. Julia Fierro’s particular genius is her ability to understand and render the vagaries of the human heart.”~ Therese Anne Fowler, author of the bestselling Z: A Novel of Zelda Fitzgerald

“Timely and observant, Julia Fierro’s debut feels like real life. She captures the anxiety of our times with the authority, insight—and humor—of lived experience.”~ Karen Thompson Walker, author of The Age of Miracles

“I fell in love with Cutting Teeth’s insightful, graceful voice, and a narrative that carried me from beginning to end in one rush. A compelling debut infused with compassion.”~ Jean Kwok, author of Girl in Translation 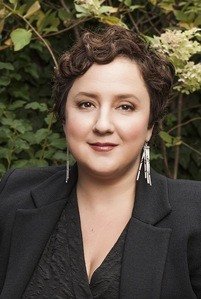 Julia Fierro’s debut novel, Cutting Teeth, was listed as one of the “Most Anticipated Books of 2014” by HuffPost Books, The Millions, Flavorwire, Brooklyn Magazine, and Marie Claire. Her work has been published, or is forthcoming, in Guernica, Ploughshares, Poets & Writers, Glamour, and other publications, and she has been profiled in the L Magazine, The Observer, and The Economist.

I have one copy of Cutting Teeth by Julia Fierro to share with my readers. To enter…