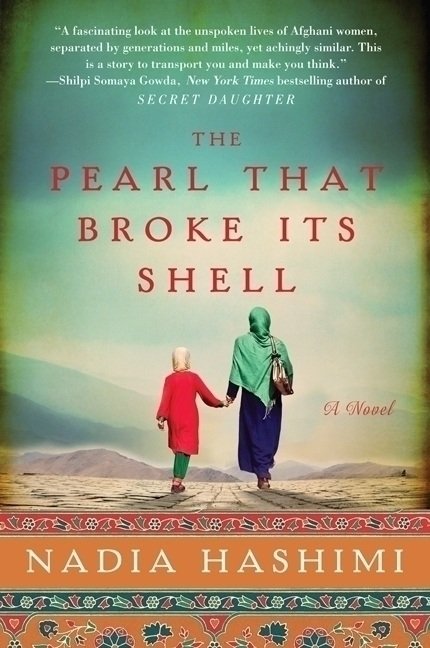 Not since reading Khaled Hosseini’s novels have I been so taken with a book but The Pearl that Broke its Shell by Nadia Hashimi is that book. This novel is beautifully written and tops my list of favorites this year. It is a stirring and heartbreaking account of the hardships of Afghan women. It has touched a part of my heart and it is a novel that I won’t soon, if ever, forget. Simply amazing.

The story shifts between past and present with equally fascinating and heartwrenching narratives. In the present we have Rahima who the family decides will live as a boy so that the girls can get to school safely but Rahima learns quickly how much more freedom and approval she has a boy and she likes it. It elevates her in the world and at home especially in the eyes of her father. Eventually though things take a drastic turn and she is married off to a man who doesn’t give her the freedom to do anything. Yet Rahima isn’t the first in her family to do this. Her great-aunt Shekiba who lost her entire family to a cholera epidemic a century before and also lived with being disfigured used this custom of becoming a boy in order to work and build a new life for herself. Ultimately though she is still a woman and once again because of her gender her life can change on a dime.

I don’t want to give away much of this storyline and because this story is so involved I’m not sure I could possibly do it the justice it deserves. As a reader who likes to read novels that involve other cultures I wasn’t surprised by the treatment of the women in the story but it never becomes less difficult to read about it. These women live such powerless lives and they have no hope of anything better. One thing I found interesting was the way the women treated each other. To me it’s bad enough that a woman has to suffer abuse at the hands of her husband or any man but to have the women treat you with cruelty as well, especially since they have experienced the same abuse, really surprises me. You’d think they’d at least offer support and understanding to each other but I’m not living the situation and one’s own life can make them bitter enough to act in ways they may not otherwise have done.

I listened to the audiobook of The Pearl that Broke its Shell which is narrated by Gin Hammond and she does a phenomenal job. She brings such emotion and passion to the lives of these women and listening to the story just brought it alive to me on a whole different level than if I had just read it. I think that this novel had such an impact on me because even though this is fictional story – it is also a reality for so many women living in Afghanistan and that breaks my heart. Each and every time I read a novel such as The Pearl that Broke its Shell I realize once again how lucky I am to live in my country with the freedoms I have to live my life as I want to.

The Pearl that Broke its Shell is an amazing novel not to be missed. Highly recommend!