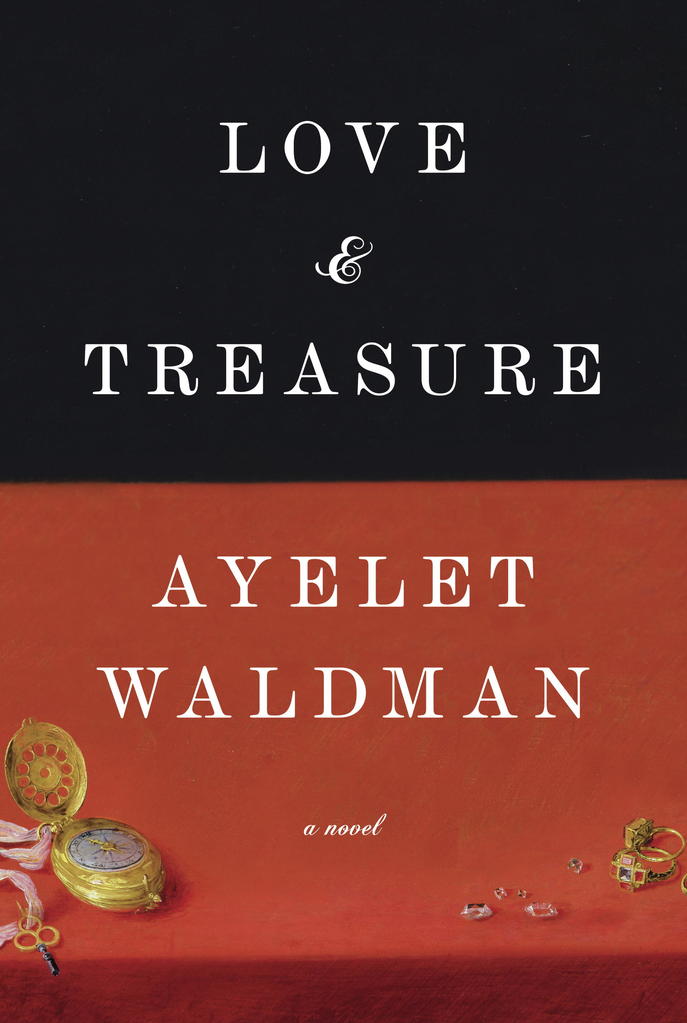 Love and Treasure by Ayelet Waldman is a powerful and beautifully written novel that stays with the reader long after the last page has been turned.

The novel is based on the true story of the Hungarian Gold Train that was found and retained by American soldiers in Austria during World War II. This train was filled with fine jewelry, watches, furs, household items, family heirlooms, art, and treasured Shabbat candlesticks that were taken from the Jewish people during the war. In charge of protecting the contents of this train is Jack – a Jewish American GI. In organizing the contents of the train Jack is also keeping an eye out for a locket that Ilona, the woman he loves, has asked him to look for. While he doesn’t find it he does find a peacock pendant that for reasons I don’t think even he understood, he kept.

Years later when Jack is already dying he asks his granddaughter Natalie to try to find out who the owner of the pendant was and get it back to the family it belongs to. In doing so Natalie meets an art dealer who is looking for a painting that portrays this very same pendant. In their search for the owner of the pendant we are led on a journey through this pendant’s history as well it’s owners.

I enjoyed this novel but because there are three separate parts to the novel I did find it a little jarring when it switched to an entirely different story even though all the story lines did weave throughout each other in some way. I listened to the audiobook that was narrated by Jonathan Davis and Paul Hecht and I thought they did an amazing job. I didn’t feel an emotional connection to any of the characters but I do feel a connection to anything to do with the Holocaust and those who suffered through it and I felt the narrators really brought that element of the novel to life.

Recommended for those who enjoy literary fiction dealing with WWII and the Holocaust.

Source: Digital review copy received from the publisher however audiobook is from my own personal library. No compensation was received for this review and all opinions are my own.