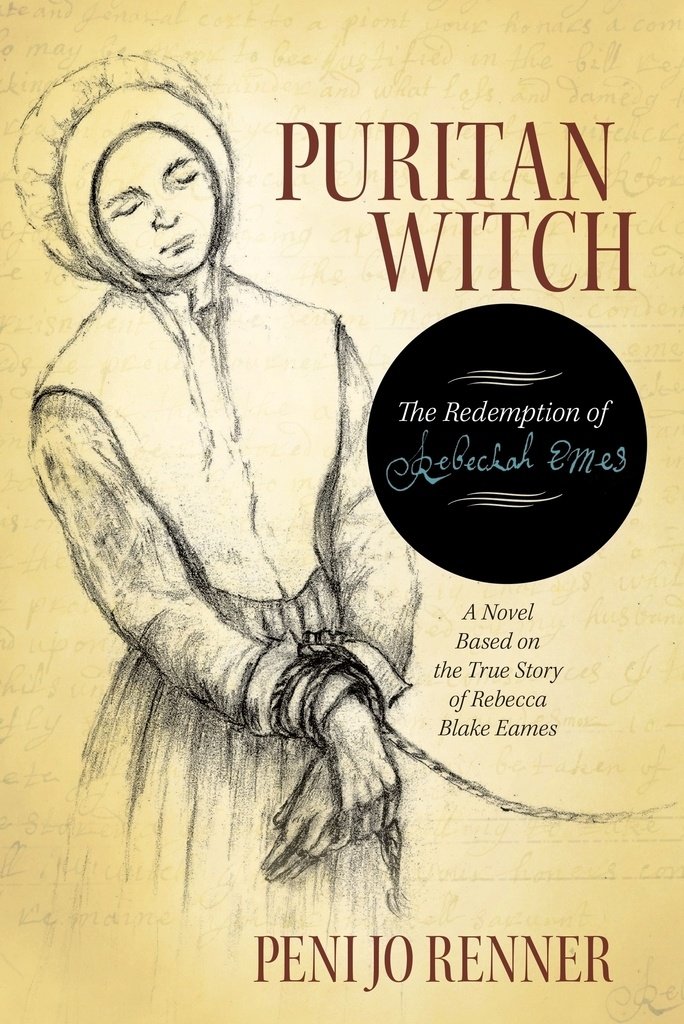 I have always been fascinated and horrified by the events of The Salem Witch Trials so it should come as no surprise that I wanted to read Puritan Witch by Peni Jo Renner. It is based on the true story of Rebecca Eames, who in 1692 in Salem, found herself falsely accused of witchcraft after throwing a curse out against someone who was insulting her family. Puritan Witch is a well researched and highly emotional telling of one woman’s plight in a time where fear ran rampant.

Once Rebecca is accused of witchcraft she appears before the magistrates and is thrown in jail. The author describes the jail and the horrific conditions so vividly that it was hard to imagine anyone being able to live through something like that. These women weren’t even allowed the basics of human necessity. Even more disturbing was that there was a young child accused of witchcraft. People allowed their fear to turn them against their friends and neighbours – people they had known for years. I found it very hard to read of the brutality and starvation these women suffered through for no just reason and many ended up dead. Others descended into madness and lived within the confines of their minds to escape the harshness of their situation.

I came to really care about Rebecca. She was just a typical woman – one that we could find ourselves friends with. In those days though saying what was on your mind wasn’t always a good idea as in Rebecca’s case. Yet Rebecca was strong and compassionate especially in taking the young girl in the jail under her wing when no one else would. Always in her mind was her faith and how much she loved her family.

This book held my interest from the first page to the last and even while I found myself horrified at how these people were treated I stopped to think of those who had actually had to live through it. For those readers who enjoy novels about the Salem Witch Trials and historical fiction Puritan Witch is one that should be added to your reading list!

Source:  Digital review copy provided by the publisher.  No compensation was received and all opinions are my own.