Today’s spotlight is on Patti Callahan Henry’s newest novel called The Stories We Tell.  I read my first book by Patti this past year and instantly fell in love with her writing.  I love the emotion and feelings that her writing evokes and I’m really looking forward to reading The Stories We Tell in the next few weeks so keep an eye out for my review.  For now take a look at what the book is about and be sure to enter the giveaway for a chance to win your own copy! 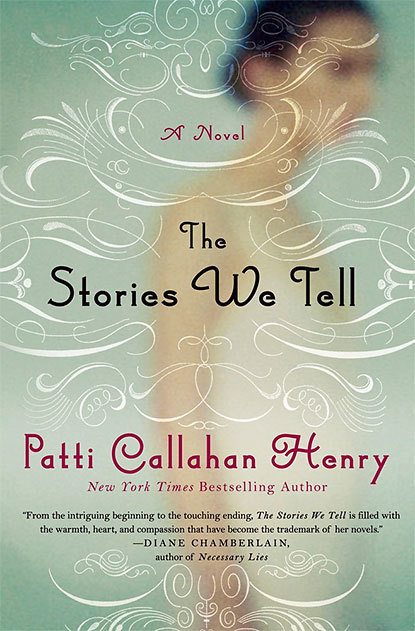 Eve and Cooper Morrison are Savannah’s power couple. They’re on every artistic board and involved deeply in the community. And they have the wealth and name that comes from being part of an old Savannah family. But things aren’t as good as they look. Eve and Cooper are fighting about her work, their marriage, and their daughter most of all. Teenaged Gwen is rebelling and Cooper is blaming this on Eve’s preoccupation with work. The Morrison marriage is taut with tension, but when Cooper is involved in a car accident with Eve’s sister, Willa, the questions surrounding the event bring the family close to breaking point. Sifting between the stories, Eve has to find out what really happened—and just who she believes—in The Stories We Tell by Patti Callahan Henry. 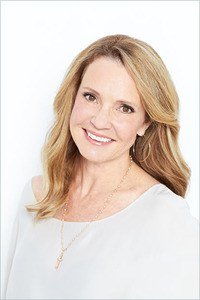 New York Times bestselling author Patti Callahan Henry has published ten novels: Losing the Moon, Where the River Runs, When Light Breaks, Between the Tides, The Art of Keeping Secrets, Driftwood Summer, The Perfect Love Song, Coming up for Air, And Then I Found You, and the upcoming The Stories We Tell—which will be released by St. Martin’s Press in June 2014. Hailed as a fresh new voice in Southern fiction, Henry has been shortlisted for the Townsend Prize for Fiction, and nominated four different times for the Southeastern Independent Booksellers Novel of the Year. Her work is published in five languages and in audiobook by Brilliance Audio.

Henry has appeared in numerous magazines including Good Housekeeping, skirt! magazine, South magazine, and Southern Living. Two of her novels were Okra Picks and Coming up For Air was selected for the August 2011 Indie Next List. She is a frequent speaker at fundraisers, library events and book festivals. A full-time writer, wife, and mother of three—Henry lives in Mountain Brook, Alabama.

Patti Callahan Henry grew up in Philadelphia, the daughter of an Irish minister, and moved south with her family when she was 12 years old. With the idea that being a novelist was “unrealistic,” she set her sights on becoming a pediatric nurse, graduating from Auburn University with a degree in nursing, and from Georgia State with a Master’s degree in Child Health. She left nursing to raise her first child, Meagan, and not long after having her third child, Rusk, she began writing down the stories that had always been in her head. Henry wrote early in the mornings, before her children woke for the day, but it wasn’t until Meagan, then six, told her mother that she wanted “to be a writer of books” when she grew up, that Henry realized that writing was her own dream as well. She began taking writing classes at Emory University, attending weekend writers’ conferences, and educating herself about the publishing industry, rising at 4:30 AM to write. Her first book, Losing the Moon, was published in 2004.

OPEN TO US & CANADIAN RESIDENTS

(comments are still very much welcomed!)

Source:  Giveaway copy provided by the publisher.  No compensation was received for this post.