Happy Friday everyone!  Today’s spotlight is on Bitter Chocolate by Dawn Greenfield Ireland and I must apologize once again  to the author for not having a review ready for today.  We are getting smoke in our city from the forest fires and our air quality is really bad which is making me really sick and being that I’m having a hard time breathing I’m also having a hard time concentrating.  I have however read the first book in the Alcott Family Adventures and enjoyed it a great deal.  I’m looking forward to getting back to Bitter Chocolate and reviewing both for you all!  In the meantime I want to let you all know about the book and the author and be sure to enter for a chance to win a copy of both of  the eBooks at the end of the post. 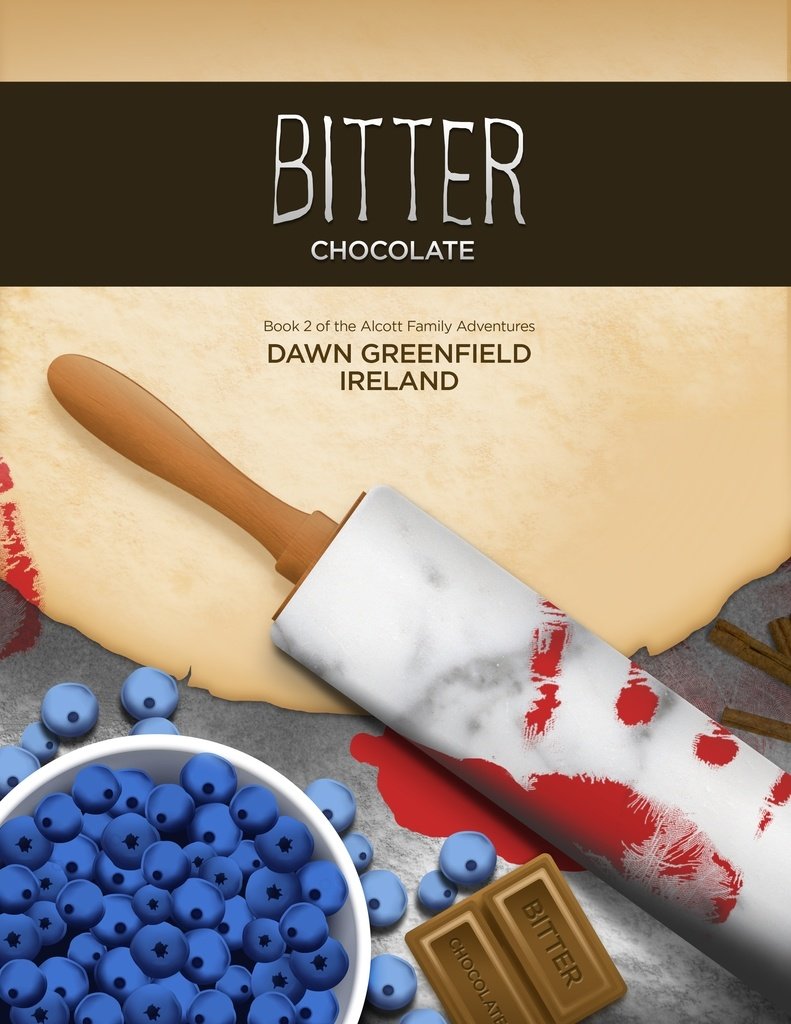 The characters you loved in Hot Chocolate are back with more escapades of life in Houston’s wealthy River Oaks.

Bernie, the Alcott sisters’ 92-year-old father, decides he wants his Bentley back. The sisters and Bambi are horrified. They hire Joseph’s cousin Chewie as Bernie’s new chauffeur.

On her day off, Amelia decides to bake a chocolate blueberry pie. She discovers she needs to make a grocery run. When she returns home, she discovers her kitchen door is slightly ajar. Arms loaded with groceries, she toes the door open.

Three things catch her attention: a vase of flowers on the kitchen island that was not there when she left the house, her marble rolling pin covered with blood… and a dead body on her kitchen floor.

Amelia’s eyes drift toward the dining room and beyond – is the house empty, or is there a murderer inside? She backs up, turns and hurries outside. After setting the bags on the ground, she slips back into the kitchen and snaps a picture of the dead guy. Then she calls Detective Chance Walker, Lila Mae and finally… 9-1-1. 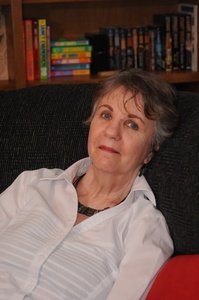 Dawn Ireland is the CEO of Artistic Origins Inc, a 100% woman-owned publishing and technical writing service company that has been doing business since 1995. She’s an award winning independent publisher and author of The Puppy Baby Book , Mastering Your Money, and Amazon Best Seller Hot Chocolate (the first in the series, and her fifth novel). The Hot Chocolate audio book was awarded the AudioFile Earphones Award on Valentine’s Day 2014.

Her family feature film screenplay A Girl and Her Dog was awarded a Kids First! Endorsement by the Coalition for Quality Children’s Media in October 2012 and optioned by Shadow Cave Productions in February 2013.

Originally from Feeding Hills, MA, Dawn migrated to San Antonio in 1968, then when her first son was one years old, her family moved to Houston where work was more plentiful. After 40+ years of heat and humidity, she has her sights on the Pacific NW.

Dawn is the co-author of the animated screenplay Memoirs of a Dog which won the Spirit Award of the Moondance Film Festival (children’s category) September 2011. Her dark comedy Plan B was a finalist in the Table Read My Screenplay script competition in 2010 and years before that, Standing Dead won the Women in Film and Television (Houston Chapter) screenplay award.

Win 1 eBook Copy of Bitter Chocolate & an added bonus (from me) of Hot Chocolate too!