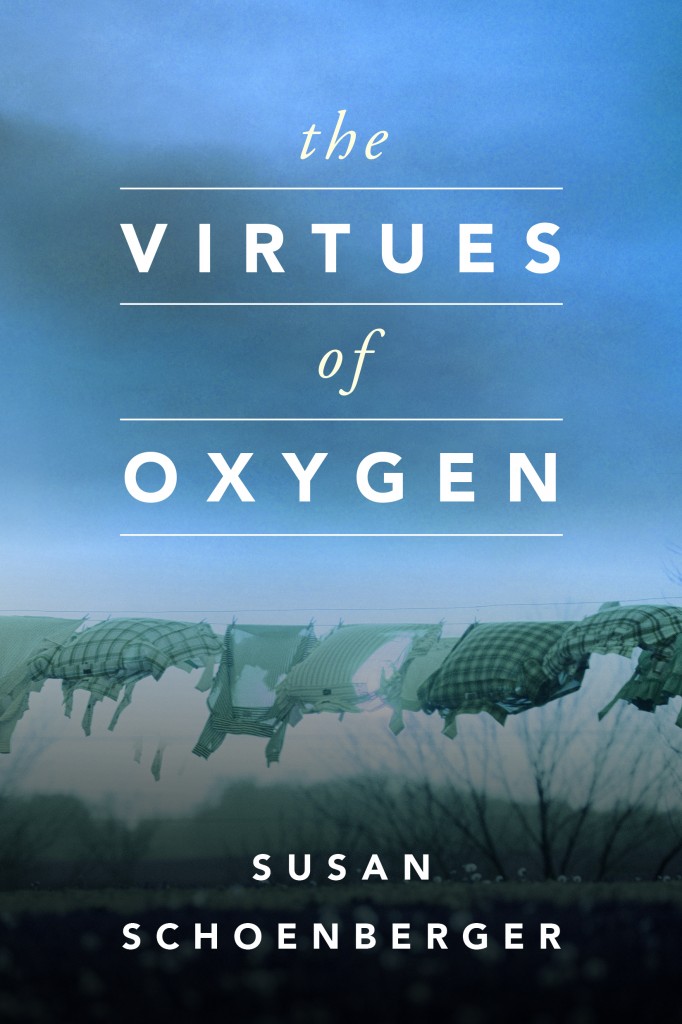 The Virtues of Oxygen by Susan Schoenberger is a wonderful novel. It not only was a story that touched my heart but also one that makes you think about how precious the gift of life is. Taking place in a small town during the recession The Virtues of Oxygen is an emotional tale of love and friendship but even more so about making each moment in our lives matter.

The story revolves around Vivian and Holly, both very different in their circumstance in life. Vivian has been confined in an iron lung since having polio as a young child. Although she has her bad moments she really has a strong spirit and amazing strength that keeps her going each day. As the years passed Vivian earned a degree in business and has been successful despite not being able to live as a normal person. Being a sweet lady the small community has always rallied around Vivian and many volunteer to sit with her as she has to have constant supervision. She literally depends on the machine to live – to breathe.

Then there’s Holly, a widow with two boys. She began sitting with Vivian when she moved back to her hometown after getting married and they formed an instant bond. Holly works at the local newspaper but she’s struggling. With help from her mother she’s been able to at least keep up with her bills but now her mother has has a stroke. Holly’s world is quickly closing in on her. Although she’s never discussed her troubles with Vivian she knows that things aren’t going well for Holly. She wants to help but even more she wants Holly to realize that she can reach for anything she wants and get it if only she wants it bad enough.

This book really makes a person think of life in a different way. I had heard of iron lungs but didn’t know what one looked like until I looked it up. I can’t imagine being confined in one for a minute let alone a whole life. The one thing Vivian craved was a even a moment alone because she’d never had that and I know I would feel the same. This novel made me realize that you have to take the time to enjoy your family, friends, and even that moment in which you can step outside and take a breath of fresh, beautiful air.

I listened to the audiobook of The Virtues of Oxygen which is narrated by Tanya Eby and Laural Merlington who both did a wonderful job. I’ve listened to Tanya Eby before and always enjoy her narration but Laural Merlington was new to me and was perfect as Vivian. I felt that the two of them really brought out the emotional side to this novel and as a warning – be sure to have a Kleenex nearby!

For fans of women’s fiction I highly recommend The Virtues of Oxygen.

Win 1 Paperback edition of The Virtues of Oxygen

“CLICK HERE* and fill out the form to enter

Source: Digital review copy was provided by the publisher.  Audiobook from my personal library.  No compensation was received for this review and all opinions are that of the blog owner.