Please join Susanna Fraser as she tours the blogosphere with HF Virtual Book Tours for Freedom to Love, from January 5-16. 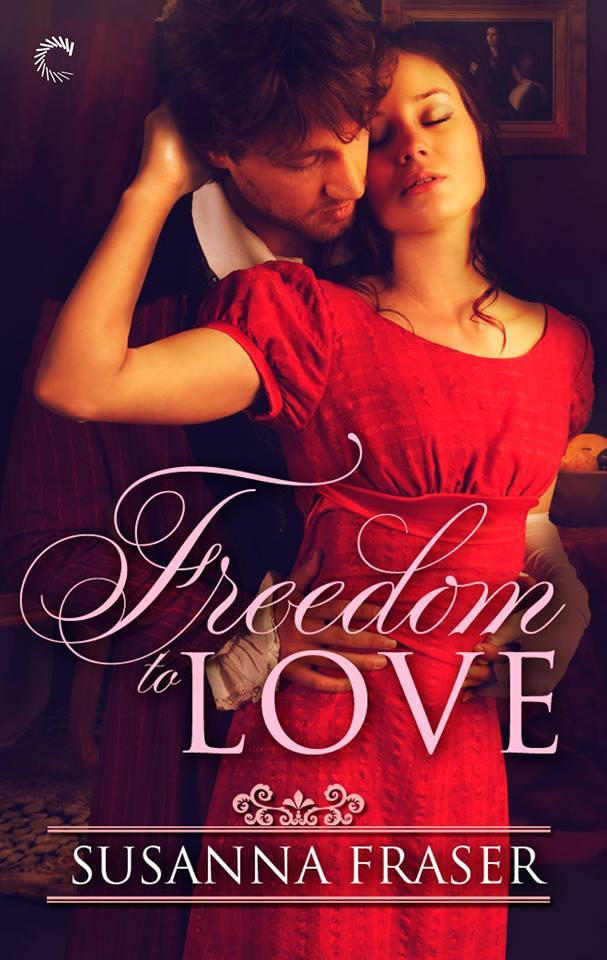 Thérèse Bondurant trusted her parents to provide for her and her young half-sister, though they never wed due to laws against mixed-race marriage. But when both die of a fever, Thérèse learns her only inheritance is debt—and her father’s promise that somewhere on his plantation lies a buried treasure. To save her own life—as well as that of her sister—she’ll need to find it before her white cousins take possession of the land.

British officer Henry Farlow, dazed from a wound received in battle outside New Orleans, stumbles onto Thérèse’s property out of necessity. But he stays because he’s become captivated by her intelligence and beauty. It’s thanks to Thérèse’s tender care that he regains his strength just in time to fend off her cousin, inadvertently killing the would-be rapist in the process.

Though he risks being labeled a deserter, it’s much more than a sense of duty that compels Henry to see the sisters to safety—far away from the scene of the crime. And Thérèse realizes she has come to rely on Henry for so much more than protection. On their journey to freedom in England, they must navigate a territory that’s just as foreign to them both—love.

Praise for the novels of Susanna Fraser

“[Susanna Fraser is] a go-to writer for Regency romance that is actually set in the Regency rather than in that Never-Neverland mash-up that’s been dubbed ‘The Recency’ or ‘Almackistan.’” — Willaful at Karen Knows Best

“This is easily one of the best historical romances I’ve read.” — Romantic Historical Reviews on An Infamous Marriage

“…the romance in this story was very sweet. Sydney was immediately relatable and likeable, because she faced such a serious conflict and wanted to make an ethical decision that would preserve the lives of her loved ones.” — Dear Author on Christmas Past 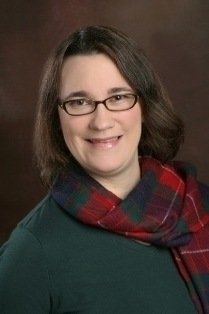 Susanna Fraser wrote her first novel in fourth grade. It starred a family of talking horses who ruled a magical land. In high school she started, but never finished, a succession of tales of girls who were just like her, only with long, naturally curly and often unusually colored hair, who, perhaps because of the hair, had much greater success with boys than she ever did.

Along the way she read her hometown library’s entire collection of Regency romance, fell in love with the works of Jane Austen, and discovered in Patrick O’Brian’s and Bernard Cornwell’s novels another side of the opening decades of the 19th century. When she started to write again as an adult, she knew exactly where she wanted to set her books. Her writing has come a long way from her youthful efforts, but she still gives her heroines great hair.

Susanna grew up in rural Alabama. After high school she left home for the University of Pennsylvania and has been a city girl ever since. She worked in England for a year after college, using her days off to explore history from ancient stone circles to Jane Austen’s Bath.

Susanna lives in the Pacific Northwest with her husband and daughter. When not writing or reading, she goes to baseball games, sings alto in a local choir and watches cooking competition shows.

Enter to win a $50 Gift Card to Amazon, Barnes & Noble, or Powell’s

– Giveaway ends at 11:59pm on January 16th. You must be 18 or older to enter.
– Giveaway is open internationally.
– Only one entry per household.
– All giveaway entrants agree to be honest and not cheat the systems; any suspect of fraud is decided upon by blog/site owner and the sponsor, and entrants may be disqualified at our discretion
– Winner have 48 hours to claim prize or new winner is chosen.

Source: Post information and giveaway supplied by the Tour Co.  No compensation was received.