It’s no secret to anyone who reads my blog that I adore books written by the very talented Jill Mansell.  In fact I’ll be reviewing Jill Mansell’s newest book The Unexpected Consequences of Love next week but in the meantime I’m going to spotlight the book for you and give you a chance to enter a Rafflecopter giveaway for a Jill Mansell book bundle! 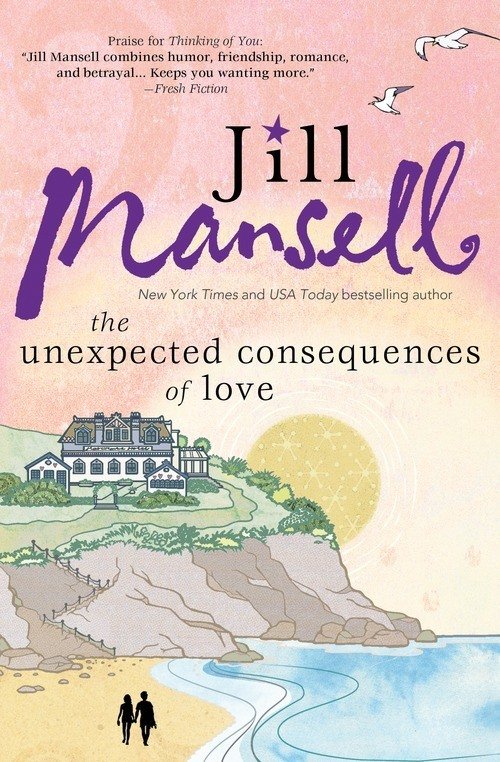 Sophie has no interest in finding love. But what happens when love finds her?

Sophie Wells is a successful photographer with a focus on putting the past firmly behind her. When Josh Strachan returns to the seaside town of Cornwall from the States to run his family’s hotel, he can’t understand why the fun, sexy girl has zero interest in letting him—or any man for that matter—into her life. He also can’t understand how he’s been duped into employing Sophie’s impulsive friend Tula, whose crush on him is decidedly unrequited. Both girls remain mum about the reasons behind Sophie’s indifference to love. But that doesn’t mean Josh is going to quit trying…

Excerpt from The Unexpected Consequences of Love

“Nearly done… Oh, it’s you.” Turning, she glimpsed him in the doorway and straightened up. Nodding at Griff, she said, “Have you come to get him? He’s shattered now. I’ve just finished the shoot.”

“I know, I saw the family driving off. And I am sorry. Dot did warn me about the door-opening thing,” Josh admitted. “I just forgot about it. Can I blame it on the jet lag?”

She gave him a look. “Only if you’re a complete wuss. You’ve had a whole week to get over it.”

Her eyes were bright and sparkling, silver-gray with very white whites. Her well-defined eyebrows were dark but tipped with gold and there was a smudge of mud on her left temple.

It wasn’t an expression he’d ever thought of using before, but it occurred to him that she had joie de vivre.

“True.” He dipped his head in acknowledgment. “All my own fault. So how did it go in the end?”

“Come over here and I’ll show you.” Leading the way across the room, she picked up her camera and began scrolling through the shots, starting with the half dozen or so pre-Griff originals, then on through the second stage of the shoot.

“These are great.” Josh nodded at them, genuinely impressed. “So it ended up not being such a disaster after all.”

“Thanks to me being a complete genius,” she agreed happily. He liked her attitude. “What’s your name?”

“I know. Haven’t you noticed everyone whispering about you since you’ve been back?”

“Not really. Well, maybe a bit. You don’t take much notice after a while.” He paused. “Do you have a business card?”

She took one from an envelope in the side pocket of her black canvas camera case and handed it over.

Sophie Wells Photography. Portraits, Weddings, Commercial was written in silver on a black background, along with her contact details. Josh noticed that as well as the bracelets on her left wrist there was a key attached to a plain silver bangle. He reached out and touched it briefly. “What’s this for?”

A dimple appeared in her left cheek. “I started wearing it after I locked myself out of my flat three times in one week.”

“Look,” said Josh. “I still feel terrible about the photos.” “No need. I told Emma I’d do them for free.”

“But that means you’re losing out. Which is even worse.” Sophie shook her head. “They all like what we ended up doing instead. Emma’s still happy to pay.” “But their clothes…”

“They live on a farm. She says the mud’ll come out in a boil wash.” “But when I came back here with Griff, she was in tears.”

“I know, but you weren’t actually to blame for that. Relax,” Sophie said cheerfully. “It’s your lucky day. You’re off the hook.”

Women, he’d never understand them. Still, it was a positive result. Somewhat distracted by her eyelashes—were they also gold- tipped beneath the mascara?—Josh said, “Fine then. So long as you’re sure. Can I ask you a personal question?”

He was charmed by her easy smile, playful humor, and feisty can-do attitude. Okay, and her body was pretty amazing too. “Are you single at the moment? Or seeing someone?”

If she were, he would have to say with good-natured regret, “Well, that’s a real shame,” and leave it at that.

“Me? Oh no, I’m not seeing anyone.” Sophie shook her head. “Completely and utterly single, that’s me.”

Excellent. Enjoying her honesty, Josh said, “So would you like to come out for dinner with me one evening?”

“It would have to be an evening.” Sophie nodded gravely. “Otherwise it wouldn’t be dinner; it’d be breakfast or lunch.”

“Definitely evening,” he agreed. “We could do it tonight if you like.” This is going so well.

“Yes, bit short notice. Friday, then? Or Saturday? You choose, whenever suits you best.”

But even as he was saying it, Sophie was shaking her head. “Sorry, no… I mean, thanks for asking, but I can’t meet you for dinner.”

“Okay. That’s fine.” It wasn’t remotely fine. What was going on? Did she have a small baby at home, or an elderly relative who couldn’t be left unattended? “Am I allowed to ask why?”

Her eyes sparkled. “Oh dear, are you offended?” “Of course not,” lied Josh.

Sophie gave him a who-are-you-kidding look. “I think you are. Don’t be. I’m just pretty busy right now.”

“So maybe in a couple weeks?” He couldn’t quite believe he was still asking.

“Look, thanks again, but no thanks. I just don’t really want to go out to dinner with…anyone.”

He managed a rueful smile. “Hey, all I need is a few months for my ego to recover. I’ll be fine.”

Okay, now she was making fun of him. 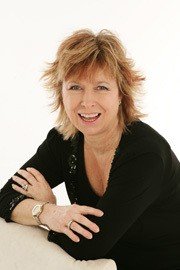 With over 9 million copies sold, New York Times and USA Today bestselling author Jill Mansell writes irresistible and funny romantic tales for women in the tradition of Marian Keyes and Sophie Kinsella. She worked for many years at the Burden Neurological Hospital, Bristol, and now writes full time. She lives with her partner and their children in Bristol, England.

A Jill Mansell Book Bundle up for giveaway!

Enter via the Rafflecopter giveaway below…