Hello folks, I’ve got a spotlight and giveaway for you today for a book called Long Way Down by Michael Sears.  I don’t read near enough thrillers and it’s weird because I really enjoy them especially in audio.  This one sounds really good so needless to say it’s made it onto my to read list.  For now enjoy the spotlight and be sure to pop by the end of the post for your chance to win a copy. 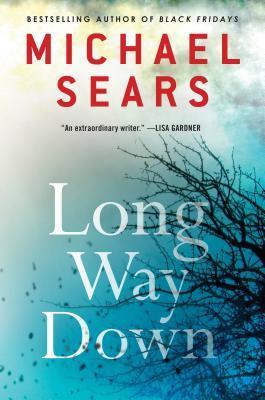 Two years in a federal prison has changed Jason Stafford, is still changing him, but one thing it has taught him as a financial investigator is how to detect a lie. He doesn’t think Philip Haley is lying. An engineer on the verge of a biofuel breakthrough, Haley has been indicted for insider trading on his own company, and Stafford believes him when he says he’s been set up. Haley does indeed have enemies. He is not a nice man. Doesn’t make him a criminal.

It does make him dangerous to be around, though. The deeper Stafford investigates, the more secrets he starts to uncover, secrets people would kill for. And that’s exactly what happens. Soon, it is Stafford himself who is under attack and, worse, his family—his fiancée, his young son—and he is a fugitive, desperately trying to stay one step ahead of both the killers and the law.

Praise for Long Way Down

“…the tension and suspense are genuine and gripping” —Booklist

“It is not a stretch to say that this will be one of the best thrillers of 2015. The story has a touch of kindness and love between a parent who is struggling to do good for his autistic child, as well as twists and turns based on absolute greed and corruption, making this a thriller that will be unforgettable to suspense fans everywhere.” —Mary Lignor, Professional Librarian and Co-Owner of The Write Companion for Suspense Magazine

Michael Sears is the Winner of the Shamus and Silver Falchion Awards. You can view upcoming appearances here or read an interview with Michael here. You can connect with Michael on his Website, Facebook, and Twitter.

Source:  Post information obtained from the publicist and Michael Sears website.  Giveaway sponsored by the publisher.  No compensation was received.