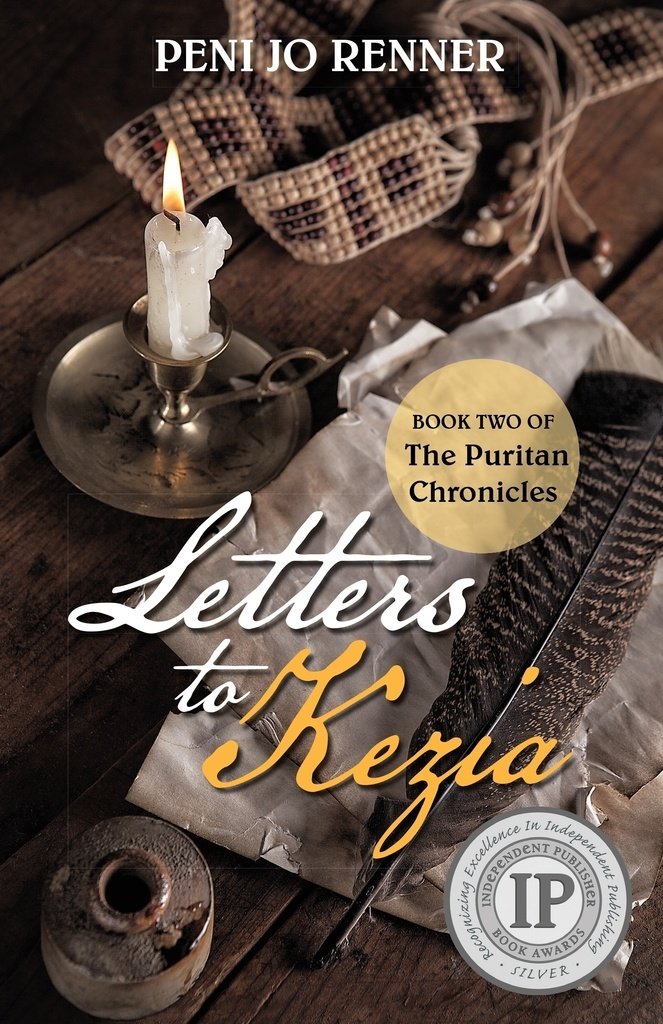 Letters to Kezia by Peni Jo Renner is Book 2 of The Puritan Chronicles.  I read the first book Puritan Witch: The Redemption of Rebecca Eames which I really enjoyed so I was thrilled to see a second book and it is just as good so I flew through it quickly.  Letters to Kezia picks up in the years following Puritan Witch and tells the story of Rebecca Eames son, Daniel. Letters to Kezia can definitely stand on its own but I found it nice to have the story of Daniel’s mother Rebecca and all that had gone on in Daniel’s life as a younger man.  For me, reading the first book enriched my enjoyment of this one.

In the course of Daniel’s life he has a daughter named Kezia who grows up with her mother Mary Case.  Kezia, in present time, finds sealed letters that have her name on them.  She questions her mother as to what they are and Mary tells her that they chronicle the history of who Kezia’s biological father was and just how she came to be.  As Kezia begins to read the letters we are taken back to 1693 and to how Daniel and Mary first meet.  Daniel, accused of being a thief, is being held in jail and Mary, the reverend’s daughter brings meals to the jail for him.  Mary, betrothed to another that she does not want to marry, finds Daniel intriguing.  There is something about him that draws her in although she doesn’t know what it is.  Soon enough though she is persuaded to help him escape from jail.  What she doesn’t expect is to find herself a fugitive and a murderer.  The two escape and thus begins their harrowing journey just to stay alive meeting with an Indian tribe and others out to hunt them down.  When Mary learns she is pregnant she is shamed and horrified.  Girls in her time and those of a Puritan minister do not get themselves pregnant.  What will she do?  Will Daniel be hung?  Will she?  As Kezia reads these letters she learns so much about her mother and real father.  How her mother faced adversity and betrayal in a time when women had no rights.  It still amazes me how easily a woman could be accused of witchcraft and worse.  The things we take for granted today could have had you shackles back then.

This is a great read for those who enjoy historical fiction.  I urge you to read both books but as I said they stand on their own and both are very enjoyable reading.  I have always found anything to do with the Puritan way of life or the Witch Trials extremely interesting and what makes Peni’s books even better is that they are based on findings from her own ancestors – she’s actually distantly related to Daniel and Rebecca Eames.  What an exciting history to have!