Please join author David Blixt as he tours the blogosphere with HF Virtual Book Tours for The Prince’s Doom, the fourth book in the Star Cross’d series, from March 16-April 3. 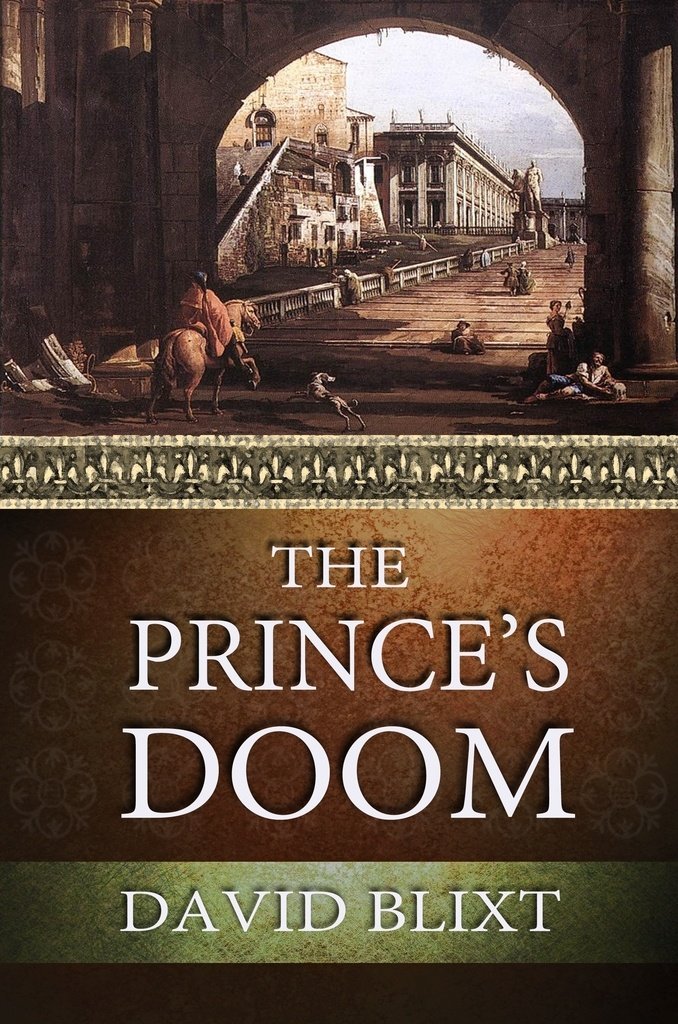 The long-awaited explosive fourth novel in the Star-Cross’d series! Verona has won its war with Padua, but lost its war with the stars. The young prodigy Cesco now turns his troubled brilliance to darker purposes, embracing a riotous life and challenging not only the lord of Verona and the Church, but the stars themselves. Trying desperately to salvage what’s left of his spirit, for once Pietro Alaghieri welcomes the plots and intrigues of the Veronese court, hoping they will shake the young man out of his torpor. But when the first body falls, it becomes clear that this new game is deadly, one that will doom them all.

Pietro reached Cesco along the stairs, the sound of the revels at their backs. “Cesco. Please, talk to me.”

Cesco spun, balancing on his heels. “Why? Are you starved for conversation?”

“I don’t think you see where all this is leading.”

“On the contrary, my eyes are unblinkered. It was earlier that I chose blindness. Unseeing, I fell into an obvious trap.”

The meaning was plain. “Love is not a trap.”

Cesco scoffed. “Says the man whose sole romantic love was a woman who lied, used, and manipulated him, all the while knowing that she would never let him taste of her lips. I’ve known more women in the last fortnight than you have in your whole life.”

Pietro blushed. “That would not be difficult.”

“We both know I was not meant to be pure. If I am damned, I mean to enjoy it. I will indulge in all the arts of love until I can claim a laurel wreath.”

“I thought you said love was a trap.”

“You mistake love for passion, Nuncle.”

“I said arts of love. Art is short for artifice. Fake. Unreal. Deceptive.”

“Don’t let Manuel hear you say that. Is music so false? Or poetry?”

“As false as the emotions they inspire. But perhaps I misspoke, Nuncle. I am not done with love. I am done with dreams. Now, if you’ll excuse me…” He sauntered away, his step faltering slightly.

In no mood to rejoin the revels, Pietro exited the palace, reliving the conversation, wondering if he could have done better.

Based on the plays of William Shakespeare, the poetry of Dante, and the history of Italy, the Star-Cross’d Series is a tale of wars won, friendships lost, and conspiracies both mortal and stellar, an epic journey into the birth of the Renaissance that recalls the best of Bernard Cornwell and Dorothy Dunnett.

Titles in the Star Cross’d Series 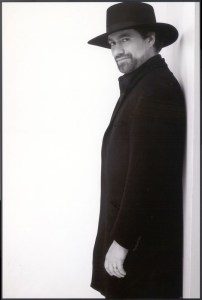 Author and playwright David Blixt’s work is consistently described as “intricate,” “taut,” and “breathtaking.” A writer of Historical Fiction, his novels span the early Roman Empire (the COLOSSUS series, his play EVE OF IDES) to early Renaissance Italy (the STAR-CROSS’D series, including THE MASTER OF VERONA, VOICE OF THE FALCONER, FORTUNE’S FOOL, and THE PRINCE’S DOOM) up through the Elizabethan era (his delightful espionage comedy HER MAJESTY’S WILL, starring Will Shakespeare and Kit Marlowe as inept spies). His novels combine a love of the theatre with a deep respect for the quirks and passions of history. As the Historical Novel Society said, “Be prepared to burn the midnight oil. It’s well worth it.” Living in Chicago with his wife and two children, David describes himself as “actor, author, father, husband. In reverse order.”

Giveaway is for one Prince’s Doom branded T-Shirt 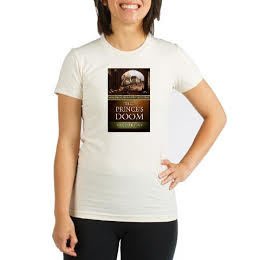