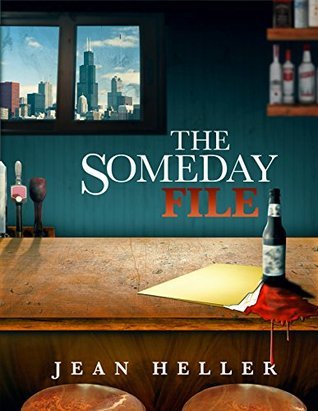 Well it’s the middle of the week already and it sure flew by.  Today I’ve got a guest post for you all from Jean Heller, author of The Someday File.  The Someday File is a thriller and it’s the first in the Deuce Mora Thriller series and it sounds great.  Jean has taken the time and is joining us today with a guest post entitled MEET DEUCE MORA so please enjoy…

She’s a bit neurotic, plagued by guilt, disdainful of authority, and worried about losing her job.

She is also funny, tenacious, dedicated to finding truth and demanding justice, and very, very good at what she does.

Deuce Mora is a columnist for the Chicago Journal, a newspaper facing an uncertain financial future in a professional world rapidly transitioning from print to digital. As with so many print publications in the United States, the question for the Journal is not so much adapting to change as surviving it.

It is in this atmosphere, where no advertising dollar or subscription is expendable, that Deuce uncovers a story that will put her at odds with the Chicago mob, the police and prosecutors, and even with her own editor.

Deuce, 36, isn’t a woman who can walk into a room unnoticed. She is six feet tall and slim with auburn hair and deep green eyes. Yet for all her good looks, she is terrible at relationships. Her best friend is the Journal’s political editor and her former lover, who wound up marrying someone else. He is the man Deuce cannot quite get over.

As a former journalist myself, I wanted Deuce to be a realistic personification of the real thing. And like the real thing, Deuce is not perfect.

Most journalists – and other creative people – are a little neurotic, battling occasional self-doubts. And they are disdainful of authority when that authority threatens their work. Many of my colleagues over the years were what I call “juggernaut journalists,” full speed ahead and heaven help anyone who gets in the way.

At the same time, Deuce has a great sense of humor, as do most of my journalist friends. Sometimes it’s black humor, the kind you hear from first responders. It develops as a way to shield the psyche from the horrors they see every day.

Deuce finds plenty of horror in THE SOMEDAY FILE, an unsolved 50-year-old crime that involved the mass murder of twenty-seven innocent men, women, and children. There are reasons that very powerful men connected to what’s left of Chicago’s organized-crime syndicate want to keep Deuce from finding the truth, and they will go to great lengths to stop her. When two assaults fail to dissuade her, the order is given to kill her.

What one reviewer called “killer tension” builds to a shocking conclusion that vindicates Deuce but leaves her future very much in doubt.

I set THE SOMEDAY FILE in Chicago because it fits so well. The city has a long, storied, and colorful history with organized crime. The city itself is incredibly colorful, and therefore becomes a key character in the book. One cannot write a book set in Chicago in which Chicago itself is not a major and formidable element.

As a side note, this is the first book in the Deuce Mora series. The second, also set in Chicago, will be published next year.

What happens when the profession you’ve known all your adult life threatens to kill you, yet suffocating guilt and insatiable curiosity won’t let you walk away.

That’s pretty much what happens to Deuce Mora, a columnist for the Chicago Journal, a big-city newspaper struggling to stay solvent in a world that seems to have outgrown newspapers and left them in ruin.

What Deuce digs out of her “ideas” file is something that should be, at best, a human-interest story. The tale of an aging, low-level Chicago mobster living on beer, bourbon, and regret for the one mistake in his life that cost him everything. Deuce finds him in a Cicero bar late one afternoon, already drunk and resolute in his determination not to talk to her.

Afraid for his safety in the boozy world he inhabits, Deuce gives him a ride home and thus seals his brutal fate. She is left with more guilt than she can shoulder, more curiosity than she can ignore, and in more danger than she can imagine.

The mobster’s final words to her shove her into a world of political and criminal intrigue and confront her with a horrific crime more than 50 years old that she will either solve or die in the trying.

This is a story that could only be set in Chicago, a city that rises as the principal character in any book it inhabits. 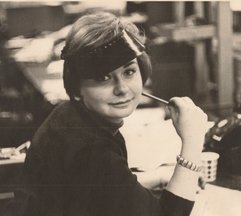 Jean has won multiple awards, including the Worth Bingham Prize, the Polk Award, and is an eight-time Pulitzer Prize nominee.