Happy Monday to all.  I hope everyone had a great weekend.  To start off the week I have a spotlight on a book called 9 1/2 Narrow: My Life in Shoes by Patricia Morrisroe.  This is on my reading list for the summer because it sounds like such an interesting and unique memoir.  I can’t wait to read it!  So check out what the book is about, a little about the author, and of course make sure to enter for your chance to win a copy of 9 1/2 Narrow at the end of the post! 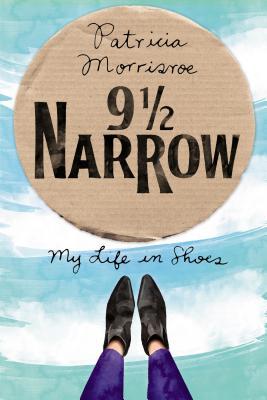 A funny, poignant coming-of-age memoir told through the shoes that she wore.

From baby booties to orthopedic brogues (and all the high and low heels in between) shoes mark important rites of passage, reminding us of both the good and bad times: the road not taken, the prince that got away, the missed opportunities, the traveling, the fun. Most of all, they bring to mind the people we’ve loved and sometimes lost along the way.

Combining tidbits of cultural history, Morrisroe chronicles her life as a bullied Catholic schoolgirl in “Moby Dick” brogues; a besotted college student in granny boots; an aspiring journalist in Annie Hall oxfords; a skeptical bride in her first Manolos; a reluctant fashionista in towering peep-toe pumps; and a concerned daughter, whose elderly mother hoped that her New Balance sneakers would help her regain her old balance. With wit and compassion, she introduces us to an unforgettable cast of characters, from her grandfather, who treated the family to legendary foot rubs, to her husband, whose vast collection of vintage Puma sneakers threatened to overwhelm their apartment and derail their marriage.

Morrisroe’s “coming-of-age” is, at its heart, the story of a generation of women who’ve enjoyed a world of freedom and opportunity that was unthinkable to their mothers. Spanning five decades and countless footwear trends, 9 ½ Narrow is, like Love, Loss and What I Wore, about how we remember important events through a coat, or a dress, or in this case, a Beatle boot or Confirmation “wedgie.” With her charming sense of humor and irresistible voice, Morrisroe not only recounts her own story but also everywoman’s. Funny, candid and unexpectedly poignant, 9 ½ Narrow is about how we grow up, grow older, and finally grow into our own shoes. 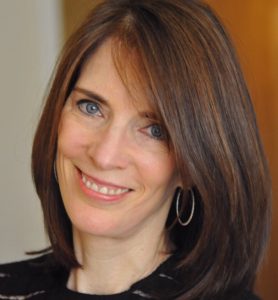 Patricia Morrisroe grew up in Andover, Massachusetts and graduated from Tufts University with a B.A. in English. After spending a year as a reporter and film critic at the Lawrence Eagle-Tribune, she received an M.A. in Cinema Studies at NYU. As a contributing editor at New York magazine, she wrote over fifty features, many of them cover stories. Patricia’s work has also appeared in Vogue, Vanity Fair, the New York Times, Departures, Travel & Leisure, and the London Sunday Times Magazine.

In 1988, the noted photographer Robert Mapplethorpe selected her to write his biography. A year later, several months after he died of AIDS, the Corcoran Gallery of Art cancelled the photographer’s “The Perfect Moment” exhibit. This spurred a heated nationwide debate about pornography as art and called into question the extent to which Congress and the NEA should be funding that art. When Mapplethorpe: A Biography was published in 1995, the art critic Arthur C. Danto, in The Nation, called it “utterly admirable… The clarity and honesty of Morrisroe’s portrait are worthy of its’ subject.” The Washington Post declared the book as “mesmerizing as Mapplethorpe’s stare in his self-portraits.”

In 2010, Patricia wrote Wide Awake: A Memoir of Insomnia, which blended science, culture and personal insight to tell the story of why she – and 40 million other Americans – can’t sleep at night. Janet Maslin in the New York Times praised her “deadpan funny” sense of humor, describing the book as a “fine firsthand look at insomniac eccentricities.”

Source: Post information received from the publicist and taken from author’s website with publicist’s authorization. Giveaway sponsored by the publisher. No compensation was received.