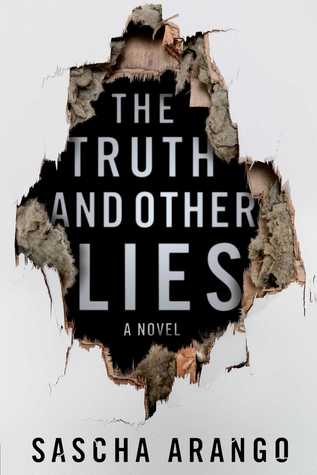 The Truth and Other Lies by Sascha Arango is a dark and suspenseful crime thriller and it is so good!  I was sucked in by this book from the first page to the last and just couldn’t put it down.  It is a look into a very twisted mind and the brilliance of both committing and getting away with murder.

Henry seems like a great guy to all those looking in on his life.  He’s a famous writer who is riding high on his success but truthfully he’s not the brains behind the operation, his wife is.  One of his biggest secrets is that his wife has written all of his best-selling novels but that isn’t Henry’s only secret.  Oh no, he has a past brimming with secrets.  On the plus side he is devoted to his wife Martha – well other than the affair he’s been having for years with Betty, an editor from his publishing house.  Things are running smoothly along until Betty announces that she’s pregnant and Henry’s world begins to crumble before his eyes.

Henry begins to sort out the best way of dealing with what’s going on.  He thinks he has a plan but all it leads to is the death of his wife which obviously he didn’t want.  So more planning and there is nothing more interesting than an evil mind at work.  Seeing how they analyze and plan their moves is quite fascinating.  All Henry knows is that his carefully constructed world full of lies and even the truth must stay that way.  He can’t be caught for the present murders or for what has gone on in his past.  But there is someone snooping around in his business… does this person have the power to destroy Henry?

Of course you’re not going to like the main character Henry.  The purpose of this book isn’t to like him but be fascinated with the way he manages to pick everything apart and put together plans that he seamlessly carries out in the effort of keeping himself out of the clutches of the police even when it seems that he must be doomed for sure.

The Truth and Other Lies is brilliantly written and it’s one of those books that once you’re drawn into the intricate web of the story you can’t put it down until you reach the very last page.  This is the debut novel of Sascha Arango and I can’t wait to see what he writes next!  Highly recommended!