What’s better to enjoy out on the beach or out in your backyard in your favorite lawn chair than a good thriller!  Today’s spotlight is about one such book and that is The Wrong Man by Kate White and it sounds so good.  Of course any book description that includes thriller and psychological suspense is one that will appeal to me in a heartbeat.  So sit back and learn more about the book and be sure to enter for your chance to win one of two copies up for giveaway! 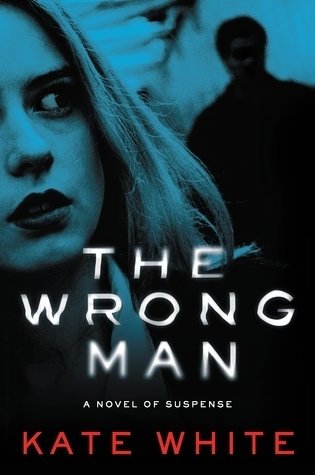 About The Wrong Man

She wanted to be more daring, but one small risk is about to cost her everything­—maybe even her life.

Bold and adventurous in her work as owner of one of Manhattan’s boutique interior design firms, Kit Finn couldn’t be tamer in her personal life. While on vacation in the Florida Keys, Kit resolves to do something risky for once. When she literally bumps into a charming stranger at her hotel, she decides to make good on her promise and act on her attraction.

But back in New York, when Kit arrives at his luxury apartment ready to pick up where they left off in the Keys, she doesn’t recognize the man standing on the other side of the door.

Was this a cruel joke or part of something truly sinister? Kit soon realizes that she’s been thrown into a treacherous plot, which is both deeper and deadlier than she could have ever imagined. Now the only way to protect herself, her business, and the people she loves is to find out the true identity of the man who has turned her life upside down.

Adrenaline-charged and filled with harrowing twists at every turn, The Wrong Man will keep readers riveted until the final page.

Praise for The Wrong Man

“…An absorbing novel of suspense….Kit doesn’t know whom to trust or where to turn as the plot builds to an exciting, well-executed conclusion.” – Publisher’s Weekly

“There are those books that, once you begin reading them, you start to resent anything that takes you away from them before you have reached that last page. THE WRONG MAN is one such book…THE WRONG MAN is set in a world that readers can easily become a part of and take each unnerving step with Kit Finn in order to solve this life-threatening mystery. Just when you think you know what’s going on; Ms. White provides you with more eeriness…Whatever you do, don’t miss this sinister and enthralling treat for the investigator inside of you.” – Fresh Fiction

“This newest book by bestselling author Kate White is sure to become this summer’s prominent ‘beach read.’… A great novel that builds to a superb ending, Kate White has scored an A+ once again.” – Suspense Magazine

“THE WRONG MAN has plot swerve upon plot swerve, and builds tension with a palpable sense of danger. It really keeps the reader guessing, right up to the climactic finish” – The Big Thrill

“THE WRONG MAN by Kate White, the former editor-in-chief of Cosmopolitan magazine, will get your heart pumping…Get set for a roller coaster of a ride in this tantalizing summer read.” – Mom Trends

“White manages to successfully pull off writing another edge-of-your-seat thriller with her newest novel, THE WRONG MAN, which keeps the reader enthralled until the very last page. This mystery never fails to keep the action flowing, but even if it seems as if something stalls, White successfully manages to swoop back in with a new chapter and something else to bring the reader’s attention right back in. This book is impossible to put down until the surprising twist ending.” – Romantic Times Book Reviews 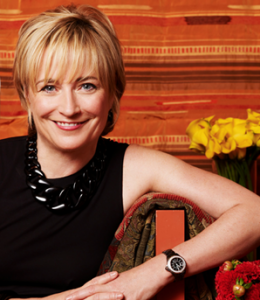 Kate White is the New York Times bestselling author of ten works of fiction—six Bailey Weggins mysteries and four suspense novels, including, Eyes on You, now in paperback, and her brand new novel, The Wrong Man. For fourteen years she was the editor in chief of Cosmopolitan magazine, and though she loved the job (and the Cosmo beauty closet!), she decided to leave in late 2013 to concentrate full time on being an author.

Her books have received starred reviews from a variety of publications and she has been covered everyplace from The Today Show to The New York Times. Her first Bailey Weggins mystery, If Looks Could Kill, was named as the premier Reading with Rippa selection and soon shot to number one on Amazon. She is published in 13 countries around the world.

Kate is also the editor of the Mystery Writers of America cookbook.

Like many mystery writers, Kate fell in love with the genre after reading her first Nancy Drew book, The Secret of Redgate Farm, and she still admires those cliffhanger endings that “Carolyn Keene” created.

She is married and the mother of two children, and once had her daughter stalk her through the woods so she could better describe the sounds of someone being followed.

Kate is also the author of several very popular career books, including I Shouldn’t Be Telling You This: How to Ask for the Money, Snag the Promotion, and Create the Career You Deserve, and Why Good Girls Don’t Get Ahead but Gutsy Girls Do.

GIVEAWAY – OPEN TO US & CANADIAN RESIDENTS
2 copies up for giveaway!
*CLICK HERE* and fill out the form to enter
Draw Date July 4/15

Source: All post information received from the publicist and taken from the author’s website. No compensation was received.