I’ve got a great giveaway and spotlight for all of you today and that is for The Girls of August by bestselling author Anne Rivers Siddons.  You always know you’re in for a good read when you pick up one of her books and I’m excited to read this one (I’ve got the audiobook ready to go for my summer reading!).  To celebrate the paperback release this summer of The Girls of August I’m going to tell you a bit about the book and give you a chance to win a copy for your own summer reading! 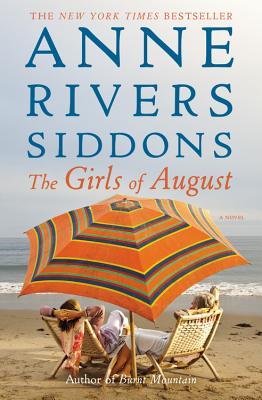 Now in paperback, Anne Rivers Siddons’s New York Times bestselling novel about four friends whose lives are forever changed by the events of one summer.

Every August, four women would gather together to spend a week at the beach, renting a new house each year. The ritual began in their twenties when their husbands were in medical school, and became a mainstay of every summer thereafter. The only criteria was oceanfront and isolation, their only desire was to strengthen far-flung friendships. They called themselves the Girls of August. But when one of the women dies tragically, the group slowly drifts apart and their vacations together are brought to a halt. Years later, a new marriage reunites them and they come together once again on a remote barrier island off the South Carolina coast. There, far from civilization, the women make startling discoveries that change them in ways they never expected.

Praise for The Girls of August

“BRAVURA WRITING…THIS IS SIDDON’S BEST, MAYBE THE BOOK SHE WAS BORN TO WRITE.” —STEPHEN KING

“ONE DOESN’T READ ANNE RIVERS SIDDONS’S BOOKS, ONE DWELLS IN THEM.” —CHICAGO TRIBUNE 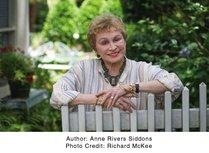 GIVEAWAY – OPEN TO US & CANADIAN RESIDENTS
Courtesty of Hachette Book Group and their Grand Summer Reads I have 3 paperback copies up for giveaway!
*CLICK HERE* and fill out the form to enter
Draw Date August 15/15