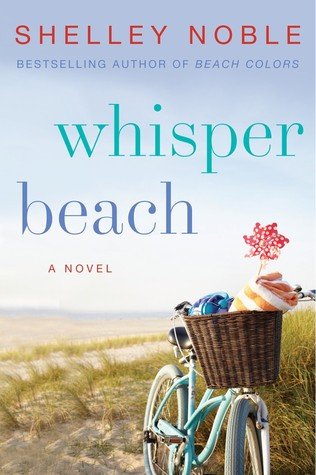 Vanessa Moran has been gone from Whisper Beach for many, many years and still wouldn’t be going back if not for the funeral of her cousin’s husband.  Vanessa did not leave on good terms and, in fact, many people actually think she’s dead.  They are in for a bit of a shock but not to worry because she has no intentions of staying past this funeral.  She has a well earned vacation planned for herself instead … but as always plans never really go as planned.

Van left home for many reasons but among them was the death of her mother, an alcoholic father, an old boyfriend, and a secret she was trying hard to keep hidden.  Instead of staying she went on to become a successful Manhattan organizer so while she can’t always keep her own life in check she excels in helping others do so.  Despite wanting to leave town immediately after the funeral she manages to get sucked in by old friends into spending her vacation in Whisper Beach.  Being around old friends and old boyfriends brings up a lot of unresolved issues for Van.  Is she going to run this time or stay and tackle them?

While I felt the first part of this novel dragged a bit for me the second half was really good.  The setting of Whisper Beach is wonderful and as usual I’m always a little envious of those in a small community even though everyone knows your business.  I liked the characters too and the author weaves a complex relationship between them all.  There’s Dorie who was like a mother to the teens who worked in her restaurant when they were young.  I liked her.  She’s a no nonsense type of woman who worked hard at keeping the now adult women in line.  Then there is the interesting dynamic between the rest of the women – Van, Dana, Suze, and Gigi and a secret is revealed that had been the catalyst for so much that happened when Van left town.  Then of course there is the old love interest for Van – is it ever to late to rekindle an old flame?

Whisper Beach is an enjoyable read.  I liked the message that you can always go home.  Home is about friendship, love, and forgiveness.  Recommended for fans of women’s fiction!