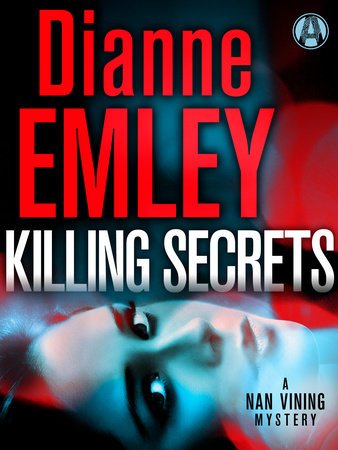 Killing Secrets is the newest in the Nan Vining Mysteries.  It’s actually the fifth book but I can attest to the book standing alone quite well although I bet I would have enjoyed it even more had I read the others.  I didn’t realize this was one of a series but having read her standalone novel The Night Visitor, which I loved, I was just excited to read another book by her.  Either way I loved this book and I’ve already gone and purchased the first in the series and will read all of them in the future.  Killing Secrets is a fantastic thriller that had me turning the pages faster and faster to find out just what was going to happen.  I felt like I was in one of those made for tv movies full of suspense and I loved that!

Nan Vining is a detective as well as a single mom with a sixteen year old daughter. Normally she keeps her work and her daughter separate but when her daughter Emily, along with her boyfriend Ashton (a boyfriend Nan didn’t know existed), come upon a horrific murder scene in a park she can no longer shield Emily.  Even worse it turns out that they know the murder victims.  One is a popular teacher from Emily’s school while the other is a young student who was known to have issues.

When Nan shows up on the scene she’s told it’s a murder-suicide and then the case is closed pretty much immediately.  This automatically rubs Nan the wrong way so she sets about doing some investigative work of her own – on the side of course.  As Nan investigates she becomes more and more convinced that this isn’t a case of a murder-suicide.  The teacher had been married to a cop and had a restraining order out on him and even more interesting she had been receiving letters from the student she was found dead with.  Obviously there was a lot more going on here and the case should never have been closed as it had been.  As Nan digs deeper though she begins to fear for the safety of her daughter and herself.

This is one of those books that you sit down with and before you know it you’re half way through it.  I love stories like that.  From the beginning I was hooked and as I got closer to the end I could not put the book down and as a reader I love an ending that just jumps off the page.  Nan, as a character, is great.  I really liked her.  She’s sassy and doesn’t take anything from anyone but at the same time she’s got this soft side when it comes to her daughter.  I really can’t wait to read all of the series starting with the first one!  Highly recommended for those who enjoy a good thriller!


Source: Digital review copy provided by the publisher for an honest review. No compensation was received.