Today’s spotlight is for The Lady and the Minstrel by Joyce DiPastena.  Please read on to learn about the book and read the excerpt.  Also be sure to enter for your chance to win a copy for yourself! 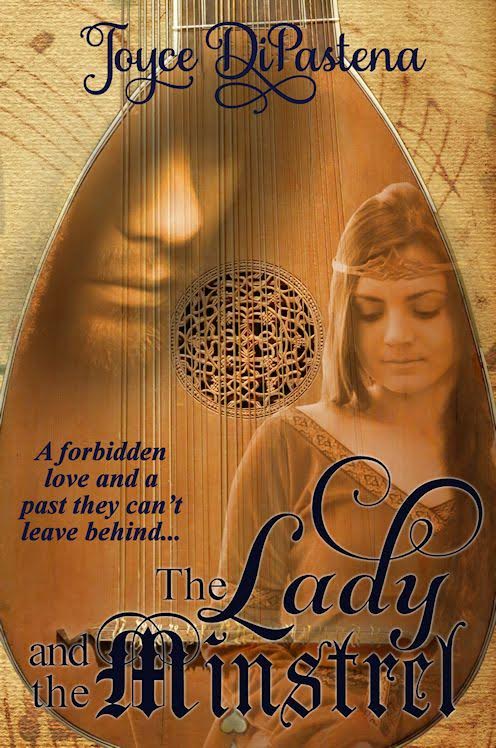 A forbidden love and a past they can’t leave behind . . .

In King John’s England, Robert Marcel chafes against the law that holds him bound as a villein on his lord’s manor. He tries to make a daring escape and is nearly caught by his cruel master, but a young girl helps him slip away.

Years pass and Robert takes up trade as a minstrel. Invited to play at a banquet for the notorious Earl of Saxton, he is stunned to come face to face with the girl he’s never forgotten—now Lady Marguerite of Winbourne, betrothed to the earl. Her status as a noblewoman puts her completely out of Robert’s reach, but he knows they are meant to be together. He vows to make her his wife no matter what the cost.

Lady Marguerite has often thought of the young man she helped escape. Her tender feelings for him quickly turn into much more when they are brought back into each other’s lives. She longs to be free to marry Robert, the man she loves, but that will require her to sacrifice all she holds dear.

They are tested at every turn by those bent on driving them apart and destroying what they have found together. Can their love truly conquer all?

“Why are you here? What do you want?” She wished to chill him again with her dignity, but the questions instead came out barely more than a whisper.

“To see you. To talk with you. To—” His voice snagged as the truth swept the impassive mask from his face. “Oh, heaven forgive me, to kiss you!”

His hand reached out again, then hesitated, hovering just below her chin. Instead of rebuffing him, she felt herself sway towards him ever so slightly. His fingertips, calloused from his lute’s strings, brushed against her cheekbone. Then her cheek cradled gently in his palm and the midnight eyes, no longer veiled, gazed into hers with a longing that took away her breath.

“I have thought of nothing but you since you gazed at me in the village today.” His voice shook slightly as the words spilled out in a rush. “Then when you smiled at me in the hall, I knew I was lost. I cannot hope to court you. I am only a poor minstrel, and you are betrothed to the Earl of Saxton. But one kiss—just one!—I would cherish to the end of my days. Just one, if you will grant it—and then I will be gone.”

Gone? Let him go now, when she had only just found him? Heaven could not be so cruel as to ask her to send him away so soon! If it took a kiss to bind him—

He must have taken her silence as assent, for he pulled her against his chest. He held her firmly, yet so gently that the embrace brought no pain to her back. Marguerite had never been in a man’s arms before. Her heart raced so hard a pleasurable little buzz of dizziness hummed through her mind and body. He did not look like a man who often hesitated to take what he wanted and yet when he bent his head towards hers, he checked himself just short of her lips. It was that instant of uncertainty in him, briefer than a heartbeat, that nudged her leap of faith in his honor and lifted her willing mouth and drifted shut her eyes.

And then she felt his mouth on hers, gentle, warm, strong, yet somehow cautious, as if weighing something in her, as if waiting … for what? Outrage on her part? Resistance? Oh, heavens! If Marguerite had felt dizzy before, her senses now swam in earnest, and she wound her arms around his neck and let her body melt against him and kissed him back as if all her future hung on this one moment.

“DiPastena portrays . . . the world Robert and Marguerite inhabit, with a great deal of confidence and skill; this is a deeply-researched book that wears its learning very lightly, and it bears comparison well with other great novels of the Middle Ages. I loved the book and highly recommend it.” ~ Historical Novel Society

“A grand novel of epic proportions . . . Both Marguerite and Robert are rich characters with much depth and background. . . . The storyline is unique . . . The solution to Marguerite’s problem is inspiring!” ~ InD’Tale Magazine 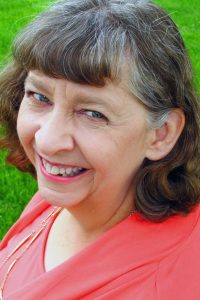 Joyce DiPastena dreamed of green medieval forests while growing up in the dusty copper mining town of Kearny, Arizona. She filled her medieval hunger by reading the books of Thomas B. Costain (where she fell in love with King Henry II of England), and later by attending the University of Arizona where she graduated with a degree in history, specializing in the Middle Ages. The university was also where she completed her first full-length novel…set, of course, in medieval England. Later, her fascination with Henry II led her to expand her research horizons to the far reaches of his “Angevin Empire” in France, which became the setting of her first published novel, Loyalty’s Web (a 2007 Whitney Award Finalist). Joyce is a multi-published, multi-award winning author who specializes in sweet medieval romances and romantic historicals heavily spiced with mystery and adventure. She lives with her two cats, Clio and Glinka Rimsky-Korsokov, in Mesa, Arizona.

Source: All post information and giveaway provided by the tour company. No compensation was received.