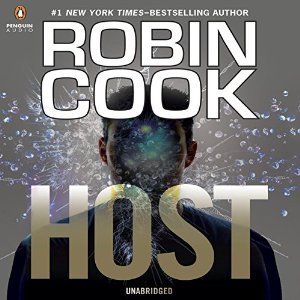 Lynn Peirce, a fourth-year medical student at South Carolina’s Mason-Dixon University, thinks she has her life figured out. But when her otherwise healthy boyfriend, Carl, enters the hospital for routine surgery, her neatly ordered life is thrown into total chaos. Carl fails to return to consciousness after the procedure, and an MRI confirms brain death.

Devastated by Carl’s condition, Lynn searches for answers. Convinced there’s more to the story than what the authorities are willing to reveal, Lynn uses all her resources at Mason-Dixon—including her initially reluctant lab partner, Michael Pender—to hunt down evidence of medical error or malpractice.

What she uncovers, however, is far more disturbing. Hospitals associated with Middleton Healthcare, including the Mason-Dixon Medical Center, have unnervingly high rates of unexplained anesthetic complications and patients contracting serious and terminal illness in the wake of routine hospital admissions.

When Lynn and Michael begin to receive death threats, they know they’re into something bigger than either of them anticipated. They soon enter a desperate race against time for answers before shadowy forces behind Middleton Healthcare and their partner, Sidereal Pharmaceuticals, can put a stop to their efforts once and for all.

I was once such a fan of Robin Cook’s novels and then over time I had stopped reading them.  After listening to Host I once again know why I used to devour his books.  I was hooked from the beginning to the end and it was one of those audios that I just didn’t want to turn off at all.  It’s narrated by George Guidall who I haven’t listened to before but he was awesome.  He made the story all the more suspenseful and thrilling.

Lynn is a fourth year medical student who encourages her boyfriend Carl to go in for some routine surgery that he needs.  It should be all very simple but Carl doesn’t wake up and it’s confirmed that he’s brain dead.  Lynn doesn’t believe that this just happened.  She knows that there has to be more to the story and she’s determined to uncover just what that may be.  Enlisting the help of her lab partner Michael they both dive in head first into a medical conspiracy that could jeopardize their own lives.

I’ve read many reviews that say this is just a re-run of Coma and yes it’s very similar as are a lot of his novels.  They follow the same formula but you know it doesn’t matter to me.  When I want a book that’s easy to listen to with a story that engages me I know a medical thriller from Robin Cook will do that for me.  Recommended for those who enjoy medical thrillers… makes you wonder why you ever even consider going into the hospital!

Source: Review copy provided by the publisher for an honest review. No compensation was received.