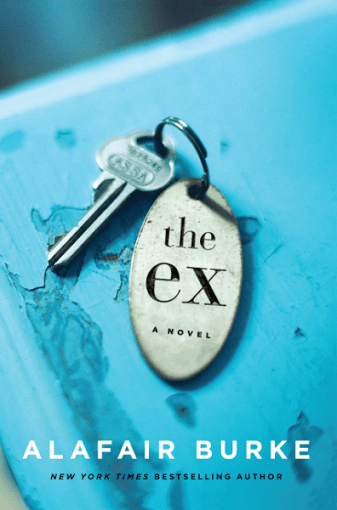 The Ex is my first book by Alafair Burke but it definitely won’t be my last. I really enjoyed it and can’t wait to read or listen to more of her work. I listened to the audiobook which is narrated by Xe Sands who I love to listen to. I found that she really brought all of the elements of this legal thriller alive for me. I felt as though I had a movie playing through my head as I raced to try and predict the ending as each hour passed.

The story begins with Jack Harris supposedly being framed for murder. At one time he and Olivia Randall, one of New York City’s best criminal defense attorneys, were an item. That is until she ruined his life. Yet when Jack’s daughter begs Olivia for help she agrees to represent Jack.

Jack stands accused of murder because one of the victims is actually connected in a way to the murder of Jack’s wife years earlier. Olivia believes in his innocence though. The man she knew could never commit murder. As she tries to figure out who would want to frame Jack she beings to uncover more and more evidence against him. With her confidence in Jack waning Olivia is left wondering if she ever really known Jack at all.

I highly recommend The Ex. It was great to listen to and it kept me wondering almost to the end as to the outcome of the story. I did have my suspicions towards the end but it was still a great twist to end the story with. Loved it!

Source: Digital review copy provided by the publisher for an honest review. Audiobook personal copy. No compensation was received.