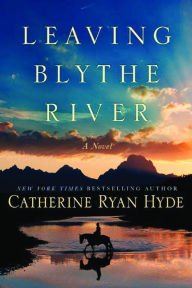 Catherine Ryan Hyde writes the kinds of stories that are emotional and meaningful and they always touch my heart in some way.  I love her books and in her newest Leaving Blythe River she once again wrote a novel that held me in its grip from the first page to the last.  It is a story about fathers and sons but even more than that it is about a young man finally finding his voice in life.

Seventeen-year-old Ethan is not a confidant teenager.  He’s very small for his age and looks much younger than he actually is.  Making it even more difficult for him are the two very athletic parents he has which is something his father never lets him forget by always making snide comments about what Ethan never accomplishes.

After an event that leaves Ethan traumatized and even less fond of his father he finds himself having to go spend the summer with him in Blythe River.  Needless to say Ethan isn’t happy about it but then his father goes missing.  Search teams are sent out but soon give up on the search.  This doesn’t sit well with Ethan and even though he doesn’t have a good relationship with his father Ethan still feels the need to go and look for him.  His gut tells him he’s out there so he joins up with a few of the mountain people and sets out to find his father – the father he loves and hates at the same time.

For Ethan this search for his father is a turning point in his life.  He finds a source of courage and pride in himself that he never knew he had.  I loved him as a character and really connected with him because of his vulnerability, bravery, and his willingness to grow and forgive.

Leaving Blythe River is another fantastic novel from Catherine Ryan Hyde.  Even having finished it more than a week ago it is still fresh in my mind.  I think so many readers will be able to connect with Ethan who goes from a teen without a voice to a man with confidence.  Highly recommended! 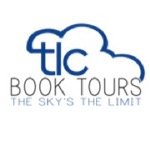 Source: Digital copy provided by the publisher for an honest review. No compensation was received.