I’ve got a guest post for you today by Hassan El-Tayyab, author of Composing Temple Sunrise: Overcoming Writer’s Block at Burning Man.  He’s touring with Poetic Book Tours and today he’s talking about the differences and similarities in writing songs and writing a memoir. Enjoy…

I think my goal is the same for both my prose and songwriting. I want to hold my audience’s attention and communicate my message with clarity, passion, and emotion. Something I do with songwriting and prose writing is constantly asking why to every line during my editing process. Why is this line important? How does that advance the story? Could I phrase that in a more direct way? I think that is a universal goal for all writers. How am I impacting my audience? I believe you never want to give someone the opportunity to put down the book or stop listening to your song. A songwriter friend once told me, “If they turn off the song within the first 30 seconds, that’s the listener’s fault. If they turn it off after 30 seconds, then you’re at fault.” I interpret that to mean that you can’t help if someone does not like your particular genre. But if you don’t have your craft down, you can easily miss a chance to connect with the listener.

In both prose and songwriting, it’s all about the main idea and supporting details. What is it that you are trying to communicate and how do you support it? Using clear actions, images, and descriptions is something I always attempt to do when writing. I want people to feel like a movie is playing in their head or that they are in the scene I’m describing.

A major way these two mediums are different is that prose is way more tedious. It took me seven years to complete my book. That was from beginning to end, including research and the editing process. In that time, I had to learn how to write long-form narrative and learn about what makes a compelling memoir. Luckily, I had tremendous support from editors all through the process. I think there are usually more cooks in the kitchen with writing a book, be it your publisher, first readers, or editors. I worked with three different editors over the seven years it took to write Composing Temple Sunrise. And while I do get feedback on my tunes, songwriting is more of an isolated process for me. I have never really been into co-writing as I know many songwriters are. For me, writing a tune is very personal and private.

Another difference stems from the mediums being so different. You don’t have to be as concise in a memoir as you do in a song. I feel freer writing prose because there is plenty of space to keep going as long as the content is relevant to the story. You can take each chapter a hundred different directions and they could all work. When writing a song, you have three or so minutes to get your point across musically and lyrically. And those two elements have to blend together seamlessly. I see each of my tunes as a little puzzle that I’m trying to solve. On a good day, walking out my door is like a big treasure hunt for lyric and hook ideas.

What I think really helped me write the book is that I identify more as a songwriter than a memoirist. I learned to write through this book because I had a story to tell. Not the other way around. I think whenever you put a lot of pressure on yourself and tie your self-worth and identity into your art, it’s easy to get blocked. The process becomes very tied to your emotional state, which can fluctuate from day to day. I’m a lot harder on myself when writing songs.

While writing Composing Temple Sunrise, believe it or not, I had fun the whole time. There was rarely a moment during the seven-year writing process that left me in doubt about what to do next. The book in a way wrote itself. I had a very clear sense of my purpose. I actually loved the process of working with skilled editors that pushed me to do better as well. If only my songwriting process was like that! Often times, I used the book as an escape from the songwriting. I think the hardest part was the final edit to get the book ready for publishing. That to me was very stressful. And even though I labored over every word for such a long time, I still find mistakes. At a certain point, you just have to let go and let it be what it is. 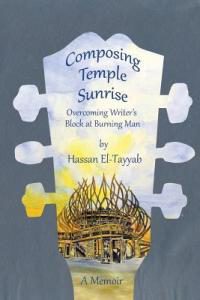 Composing Temple Sunrise is a coming-of-age memoir about a 26-year-old songwriter’s journey across America to find his lost muse.

Triggered by the Great Recession of 2008, Hassan El-Tayyab loses his special education teaching job in Boston and sets out on a cross-country adventure with a woman named Hope Rideout, determined to find his lost muse. His journey brings him to Berkeley, CA, where he befriends a female metal art collective constructing a 37-foot Burning Man art sculpture named “Fishbug.” What follows is a life-changing odyssey through Burning Man that helps Hassan harness his creative spirit, overcome his self-critic, confront his childhood trauma, and realize the healing power of musical expression.

In this candid, inspiring memoir, singer-songwriter Hassan El-Tayyab of the Bay Area’s American Nomad takes us deep into the heart of what it means to chase a creative dream.

After experiencing multiple losses (family, home, love, job, self-confidence) , El-Tayyab sets out on a transcontinental quest that eventually lands him in Nevada’s Black Rock Desert. His vivid descriptions capture both the vast, surreal landscapes of the Burning Man festival and the hard practice of making art.

“Going to Burning Man for the first time can be a powerful, life-changing experience. That’s particularly true when someone is involved with building a major art installation, and even more
so when that person is wrestling with personal demons and searching for a new life path…” –Steven T. Jones, How an Experimental City in the Desert is Shaping Author of The Tribes of Burning Man: the New American Counterculture

“Composing Temple Sunrise is both a page turning adventure and a road map for anyone struggling to forge their way.” –Faith Adiele, Author of Meeting Faith: An Inward Odyssey

Literary Nonfiction. Music. Arab American Studies. California Interest. “In this candid, inspiring memoir, singer-songwriter Hassan El-Tayyab of American Nomad takes us deep into the heart of what it means to chase a creative dream. After experiencing multiple losses (family, home, love, job, self- confidence), El-Tayyab sets out on a transcontinental quest that eventually lands him in Nevada’s Black Rock Desert. His vivid descriptions, paired with artist’s renderings, capture both the vast, surreal landscapes of the Burning Man festival and the hard practice of art-making. Composing Temple Sunrise is both a page- turning adventure and a road map for anyone struggling to forge their way.”—Faith Adiele 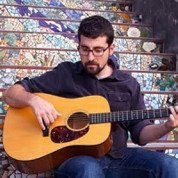 Hassan El-Tayyab is an award-winning singer/songwriter, author, teacher, and cultural activist currently residing in the San Francisco Bay Area. His critically acclaimed Americana act American Nomad performs regularly at festivals and venues up and down the West Coast and beyond and he teaches music in the Bay Area. 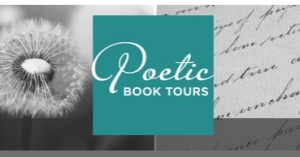 Source: Post information provided by the author and Poetic Book Tours. No compensation was received.