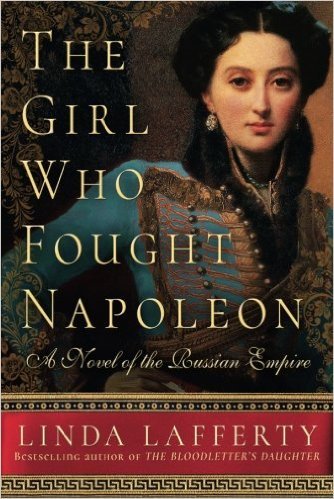 The Girl Who Fought Napoleon by Linda Lafferty is a great pick for historical fiction fans.  Here’s a bit about the book and be sure to enter the giveaway for your chance to win a copy!

In a sweeping story straight out of Russian history, Tsar Alexander I and a courageous girl named Nadezhda Durova join forces against Napoleon.

It’s 1803, and an adolescent Nadya is determined not to follow in her overbearing Ukrainian mother’s footsteps. She’s a horsewoman, not a housewife. When Tsar Paul is assassinated in St. Petersburg and a reluctant and naive Alexander is crowned emperor, Nadya runs away from home and joins the Russian cavalry in the war against Napoleon. Disguised as a boy and riding her spirited stallion, Alcides, Nadya rises in the ranks, even as her father begs the tsar to find his daughter and send her home.

Both Nadya and Alexander defy expectations—she as a heroic fighter and he as a spiritual seeker—while the battles of Austerlitz, Friedland, Borodino, and Smolensk rage on.

In a captivating tale that brings Durova’s memoirs to life, from bloody battlefields to glittering palaces, two rebels dare to break free of their expected roles and discover themselves in the process. 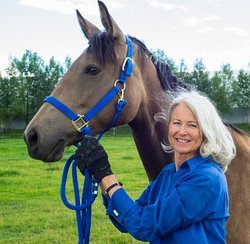 Linda Lafferty was a teacher for nearly three decades, in schools from Madrid, Spain, to Aspen, Colorado. She completed her PhD in bilingual special education and worked in that field; she also taught English as a second language and bilingual American history. Linda is the author of four previous novels—The Bloodletter’s Daughter, The Drowning Guard, House of Bathory, and The Shepherdess of Siena—all of which have been translated into several languages. The Drowning Guard won the Colorado Book Award for Historical Fiction. She lives in Colorado with her husband.

Source: All post information and giveaway obtained from TLC Book Tours.  No compensation was received.