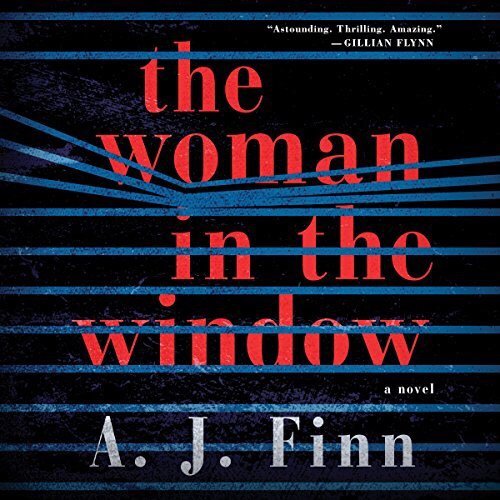 What did she see?

It’s been ten long months since Anna Fox last left her home. Ten months during which she has haunted the rooms of her old New York house like a ghost, lost in her memories, too terrified to step outside.

Anna’s lifeline to the real world is her window, where she sits day after day, watching her neighbours. When the Russells move in, Anna is instantly drawn to them. A picture-perfect family of three, they are an echo of the life that was once hers.

But one evening, a frenzied scream rips across the silence, and Anna witnesses something no one was supposed to see. Now she must do everything she can to uncover the truth about what really happened. But even if she does, will anyone believe her? And can she even trust herself?

The Woman in the Window is the debut novel from A. J. Finn and what a debut it is. The story centres on Anna Fox who has been unable to leave her home for the past ten months. The only connection Anna still has to the outside world is what she sees through her window while she takes in what her neighbors are doing.

When the Russell’s move in Anna sees all that she doesn’t have and wants. The perfect family or so she thinks in the beginning. She sees something one day though that she shouldn’t have and it changes everything. Anna thinks she knows what she saw and she desperately needs to uncover the truth. However as things unfold no one really believes Anna and it’s looking more and more like she’s losing her mind.

I really enjoyed this book. I loved the twists, turns, and surprises. I listened to the audio which is narrated by Ann Marie Lee and She does a wonderful job of bringing this story to life. If you’re a fan of psychological thrillers then add this one to your list. Highly recommended!