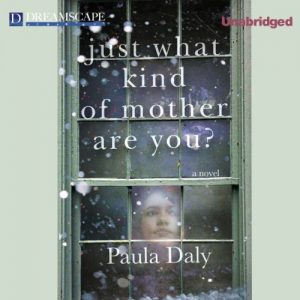 A searing and sinister thriller for readers who liked Gone Girl.

What if your best friend’s child disappears? And it was all your fault.

A searing and sinister thriller for readers who liked Gone Girl.What if your best friend’s child disappears? And it was all your fault. This is exactly what happens to Lisa Kallisto, overwhelmed working mother of three, one freezing December in the English Lake District. She takes her eye off the ball for just a moment and her whole world descends into the stuff of nightmares. Because, not only is thirteen-year-old Lucinda missing, and not only is it all Lisa’s fault, but she’s the second teenage girl to disappear within this small tightknit community over two weeks. The first girl turned up stripped bare, dumped on a busy high street, after suffering from a terrifying ordeal.

Wracked with guilt over her mistake and after being publicly blamed by Lucinda’s family, Lisa sets out to right the wrong. But as she begins peeling away the layers surrounding Lucinda’s disappearance, Lisa learns that the small, posh, quiet town she lives in isn’t what she thought it was, and her friends may not be who they appear, either.

Yet another good psychological thriller. Lisa Kallisto is one of those moms who is torn in all directions being busy with family and work. That’s what leads her to, one day, forgetting that her daughter’s friend Lucinda was supposed to come and spend the night. She never thought of checking with her best friend Kate, Lucinda’s mother, because she assumed Lucinda would be home with her but she’s not. She’s missing and it’s all Lisa’s fault.

Lisa is having a hard time dealing with the overwhelming guilt but as she attempts to do what she can to help and to find Lucinda she begins to learn disturbing things about the town she lives in and the people she thought she knew. So what is real truth of Lucinda’s disappearance? The truth of it will rock Lisa’s world.

I really enjoyed this book in audio. It is narrated by Laura Brattan and she does a fabulous job. I adore her British accent and for me it made the story even better.

Once again if you’re a fan of psychological thrillers here’s another good one to add to your list.