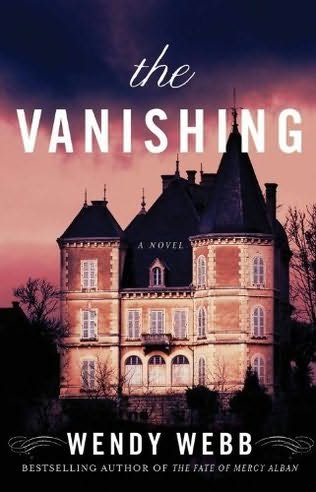 The Vanishing by Wendy Webb is a supernatural thriller that will keep you enthralled within its pages! Taking place at a the mansion of Havenwood there are secrets and ghosts at every turn. The novel pulled me in from the very beginning with a terrifying seance and the suspense just escalated with each page turned!

Julia Bishop, recently widowed, has been left friendless and penniless by her husband who betrayed all of their friends by stealing their money. She’s at her wit’s end not knowing how she is going to pay for anything not to mention she may even be facing jail time for something she didn’t even know about. So when a mysterious stranger shows up at her door and offers her a job being a companion to the famous horror novelist Amaris Sinclair Julia knows she doesn’t really have many other options and accepts.

Arriving at Havenwood Julia is overwhelmed. The mansion is huge with different rooms and wings at every turn. Meeting Amaris is a highlight for Julia being a writer herself as she has long admired her as her favorite author. Julia is given free reign to roam the house and it isn’t long before she discovers that this old mansion may just be haunted by something more sinister than your average ghost. Even more terrifying is the feeling that Julia gets that she’s been to Havenwood before and it may be her imagination but everyone treats her as though they know her so much better than she thinks they should. The question is why? And is Havenwood safe? Do these ghosts mean harm? As time passes Julia begins to learn even more disturbing things that surprisingly all lead back to her and her past.

The Vanishing is that perfect kind of creepy story for me. It grabbed me from the beginning and I enjoyed every last twist, turn, and ghostly apparition that it offered me. I know one thing – I can’t wait to read more of Wendy Webb’s work! 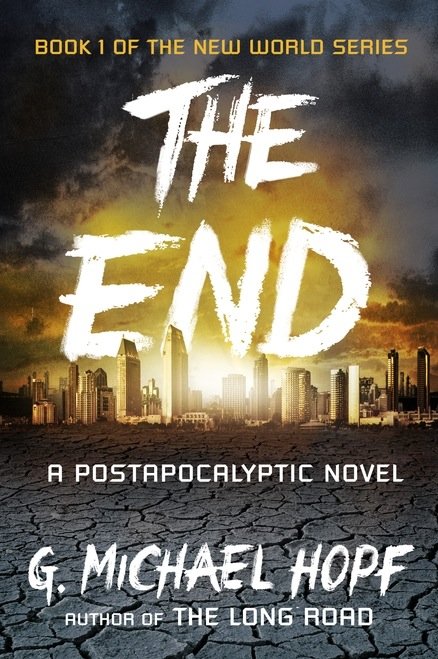 The End by G. Michael Hopf is a post-apocalyptic novel that I found thought provoking and great to listen to as I picked up the audiobook. Although I haven’t been able to concentrate on books with Sammy sick I have listened to a few audios. With that being said The End is narrated by Joseph Morton who does a good job. At first I wasn’t sure what I thought of his narration but as I got into listening I thought his tone did really fit in with the atmosphere of the novel. The End is most definitely a novel that kept me listening as my mind kept thinking about the reality that this could actually happen some day!

Gordon was once in the Marine Corps and is still affected by something that happened to him there. When all of a sudden the world around him becomes unrecognizable his survival instincts and training kick in. The country has suffered a super EMP attack which puts society at a complete and utter standstill as it destroys the power grid. Cars, phones, computers, and more are dead. Life as they knew it is over and nothing will ever be the same. The name of the game is now survival of the fittest. As the upheaval escalates many go to extremes, including Gordon, to protect their families and obtain resources. There are also sideline stories involving Gordon’s brother and also of the president but I focused on this as it was my favorite part of the story.

I enjoyed this book and enjoy this genre in general. I always find it so thought provoking to read books such as The End because it makes you question what you would do or how you would react in the same situations as these characters. The book does contain bad language and violence for those who don’t like that in their reading but to me it is very realistic to expect violence in a post-apocalyptic world as everyone is looting and others are just struggling to keep themselves and their families alive.

If you enjoy this genre then give The End a try. I enjoyed it and the best thing was that I didn’t have to wait for the second one in the series called The Long Road which I’ll review for you tomorrow.

I have one set of both of the books (paperback)  in this series:  The End and The Long Road by G. Michael Hopf to share with my readers.  To enter…

This giveaway is open to US and Canadian residents (no PO boxes) and I will draw for the winner on February  7/14.  Good luck!