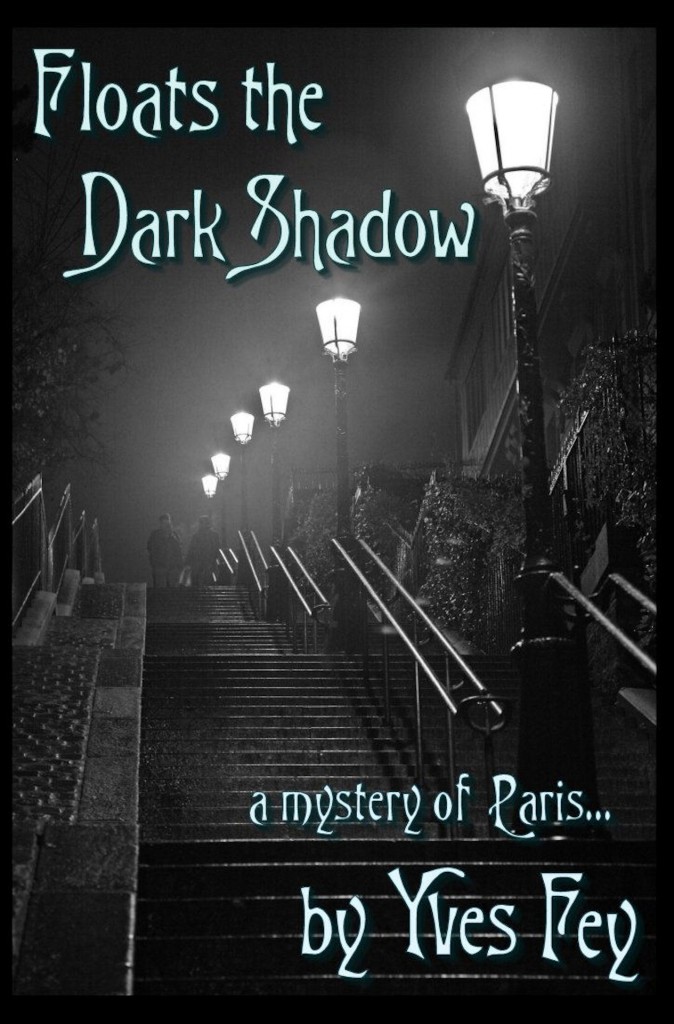 Floats the Dark Shadow by Yves Fey is set in Belle Epoque Paris in the 1890’s and the author vividly evokes all the sights and smells of this time in such a way that the reader feels they are walking the darkened streets themselves. This is a time filled with artists, poets, and writers and the author takes full advantage of this in the building of this story. Along with this is the seedier side of Paris full of dark magic and the occult and it is very, very dark and disturbing. Floats the Dark Shadow is a historical mystery that begs the reader to immerse themselves in its darkness, intrigue, and depravity.

Inspector Michel Devaux is investigating the disappearances of several children and this investigation is leading him deeper and deeper into the darker side of Paris. It also leads him to meeting Theo Faraday who is an American artist living in Paris. Their paths cross because of the missing children and Theo is just as determined to find out who is responsible as the Inspector is. Theo loves the city life and even more her cousin Averill who is a poet and introduces her to the wonderful side of Paris. As more children disappear – children that Theo knows – and the investigation deepens the fingers of accusation begin to point at Averill and Theo is devastated. Could it be that Averill is responsible for the horrific acts being carried out against children? Theo can’t accept that – she won’t. Despite being warned by Inspector Devaux to stay out of danger Theo instead throws herself headlong into the darkest of places. Will she survive? Or end up as a sacrifice to this killer who imagines himself a reincarnation of Gilles de Rais who was once in Joan of Arc’s army but later burned at the stake for his crimes against young children?

There is so much more to this novel than I’ve briefly touched on. This is one of those books that you want to take your time with.  I enjoyed the vivid descriptions of Paris and I’m a fan of the darker side of things being a horror fan. The author weaved fact with fiction so effortlessly that it’s hard to tell where the truth ends and the story takes over. This is definitely not a novel for the faint of heart though and there were a few parts that I found disturbing but nevertheless it is a beautifully written and well told story. I had some issues getting into it at first but as the story evolved I was sucked completely in and sitting on the edge of my seat waiting for what would happen next. I listened to the audiobook which is narrated by Hollie Jackson and I thought she did a fantastic job of bringing this story alive. I kept listening because I enjoyed her narration and I’m glad I did because ultimately I really enjoyed this novel.

Recommended for those who enjoy literary historical fiction and the mysterious darker side of Paris!

Source: Audiobook copy provided by the author for an honest review. No compensation was received and all thoughts and opinions are that of the blog owner.